Let me take you to Texel - part four of eight

Weatherwise this day was the complete opposite of the day before. Foggy and very chilly. There was not really any rain, but the atmosphere felt very wet still. But I'm not easily scared of weather as long as it's not pouring, so out I went again!

This time I visited the north of the island called Eierland. It used to be a seperate island and even further back it actually was a part of my island Vlieland. Such is how over many centuries island landscapes (or any landscapes) can change.

I walked partly across the beach which is very wide in that area, but because of the fog you couldn't make out the sea at all. Just sand and the occasional beach pole. 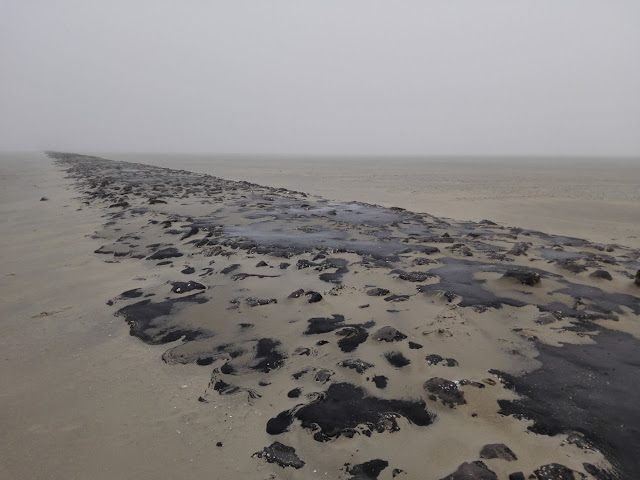 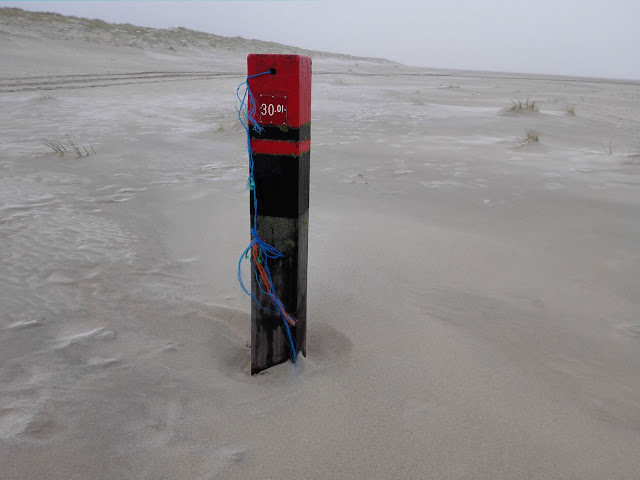 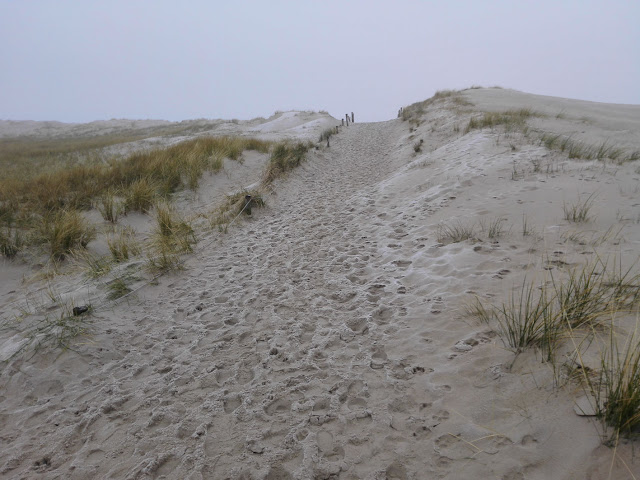 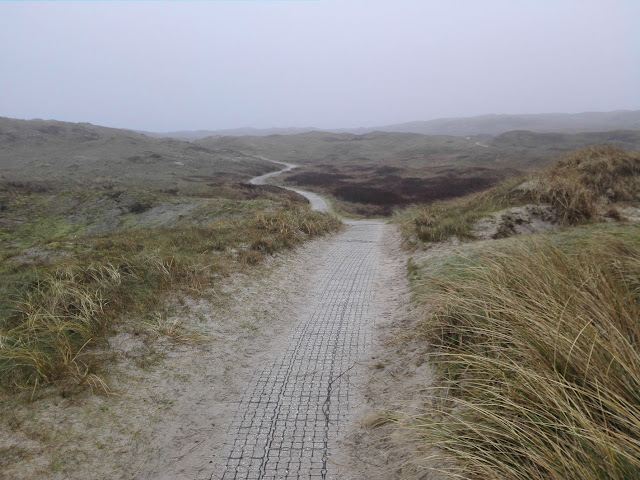 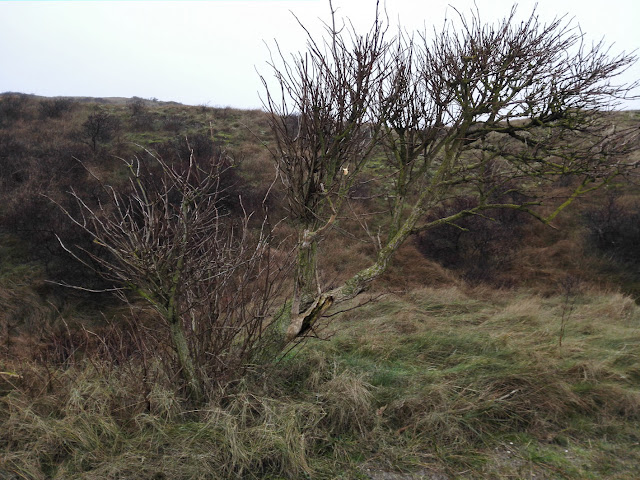 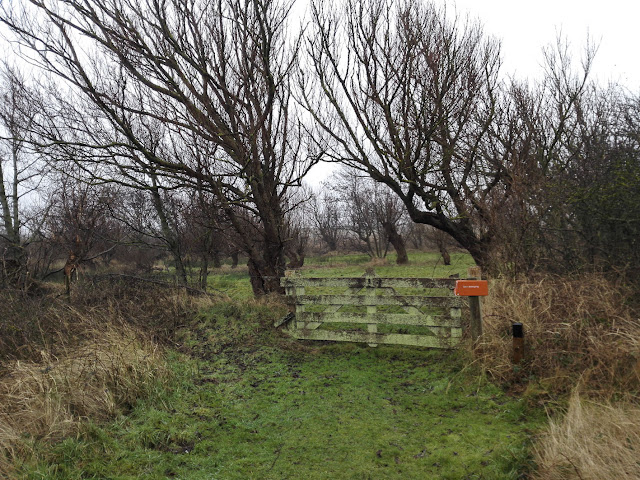 The fog did clear a little during the day. In the morning I was not able to take a picture of the lighthouse for instance, but in the early afternoon I was. 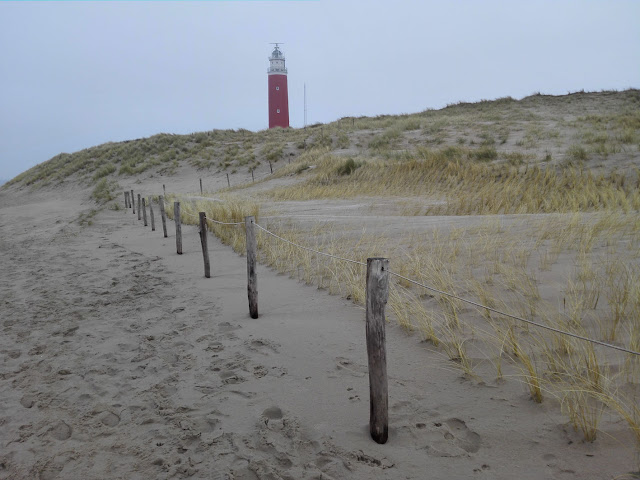 After the first walk I sat at a nearby beach pavillion for a while for a well deserved warm drink and then I went for a second shorter walk while waiting for the bus to arrive to take me home. The bus system on the island (called Texelhopper) is absolutely fantastic. You can get just about anywhere by bus, but you do have to order it an hour in advance, so usually I would pick a point in time when I knew I would still have a certain amount of kilometers to go and order one so it would be there when I was done.

This area of the island is where you can see my island. Well, if the weather is clear you can, which it wasn't, so I couldn't. But what I did see was this: 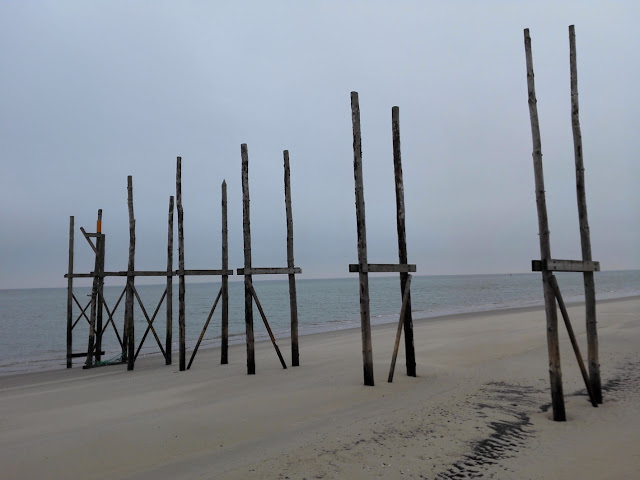 This is the so called 'Vriendschapssteiger', we have exactly the same thing on our island. In the summer it becomes a boardwalk to get on board the summer ferry service between Vlieland and Texel. That boat is called 'De Vriendschap' which means 'The Friendship'. In winter it looks like an art installation. 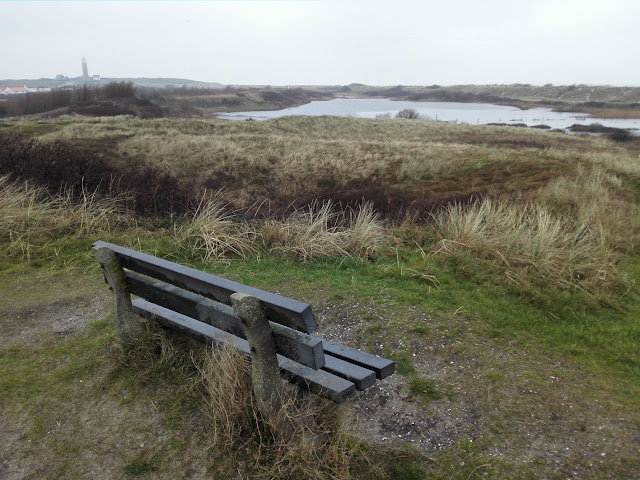 I actually like the atmosphere of foggy days, so I had a really good time that day. It just doesn't make for the most interesting vista's for your photographs, haha.

On Friday I was exactly halfway through my vacation and after all that walking I had behind me and all the walking I had still planned I felt that my feet needed a little rest. So a lot of the day was spent like this: 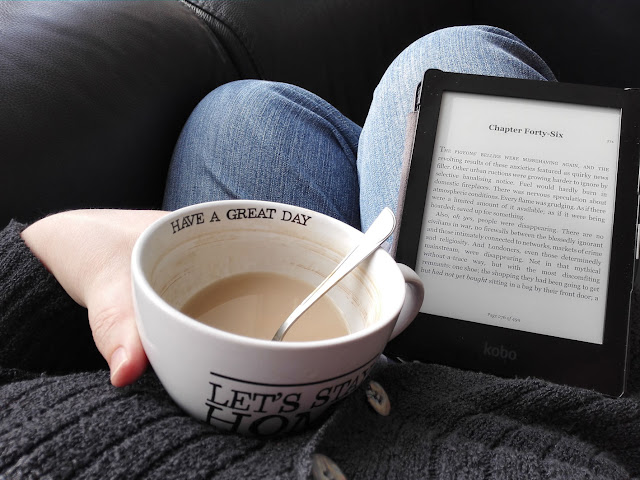 It was actually quite wonderful to put my feet up for hours on end and just read or look outside and let my thoughts go nowhere.

But in the afternoon I wanted some air and went to the beach. Luckily that was just a short walk away. 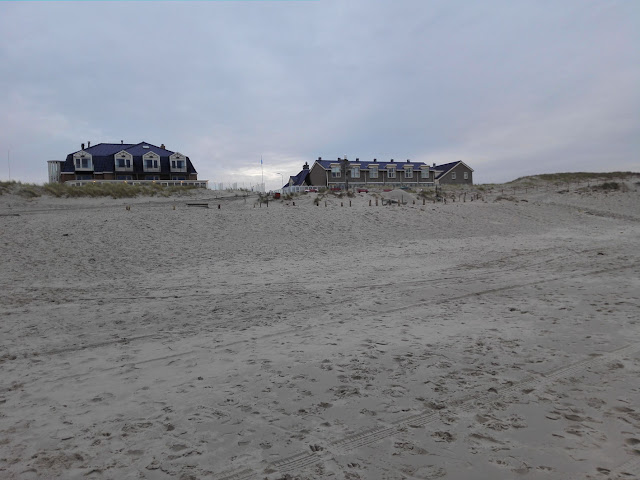 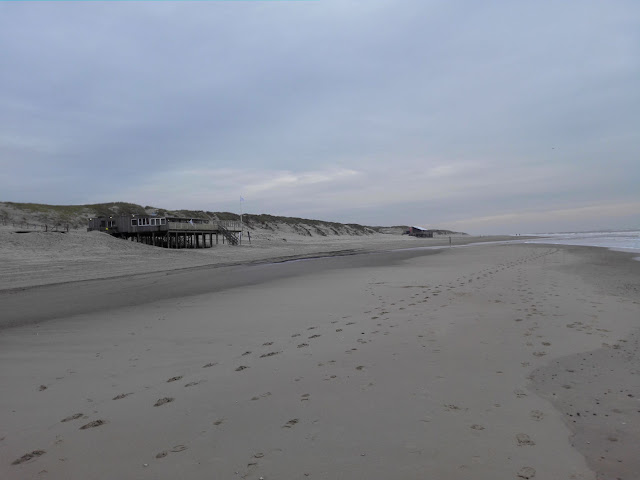 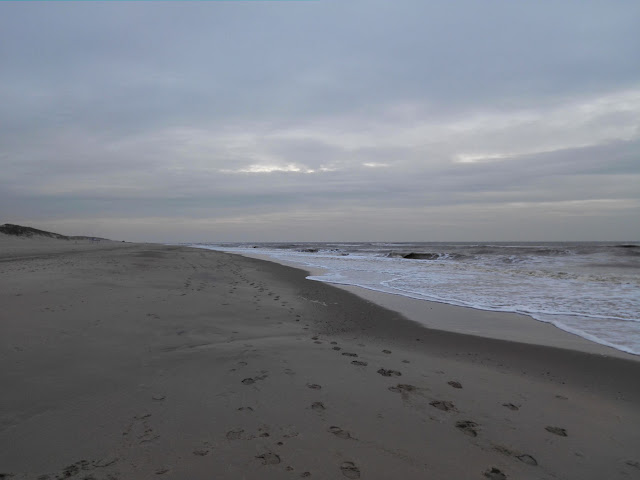 Before I went back inside I wanted to take a pic of the church that was outside my window. 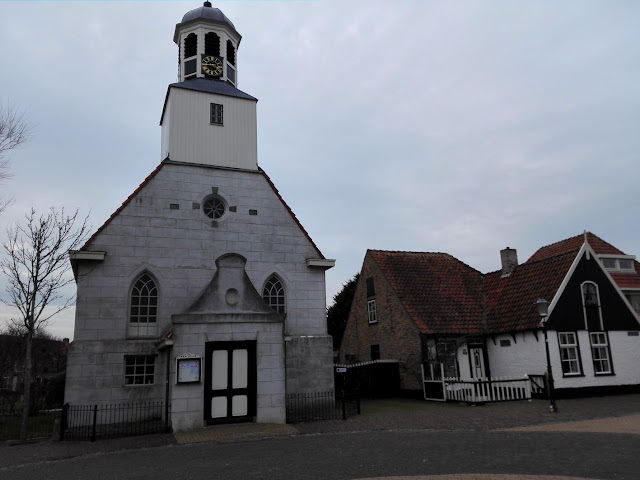 Now I have to be honest with you. This church and the little houses on the right are about the only authentic thing in De Koog. The rest of the town is all touristy beachtown places like shops, lodges, hotels, restaurants and bars. I don't really think I would like De Koog all that much in the busy season in summer, but in winter it was a quite ideal location.

The little church by the way dates back to 1719 and is of the protestant persuasion. It is still very much in use. I don't know anything about the houses on the side, but these buildings seem oddly out of  place in this modern touristy town. They are pretty though.

And with that ends part four of my Texel tour! Hope I'm not boring you yet and wishing you all a wonderful and artsy day.