The third walk of my vacation was by far the longest and most challenging. I started from De Koog where I was staying and walked all the way up north to the lighthouse along the rest of the west side of the island. Originally I wasn't going to go that far, but snow was predicted for the next day and I feared I wouldn't get any walking done then and would have to skip the area around the lighthouse. So it was sheer stubbornness that made me go further than planned.

The weather that day was a bit changeable. Still quite nice, but from time to time cloudy and already you could feel that the weather was going to change.

Here's an impression of that long and lovely walk: 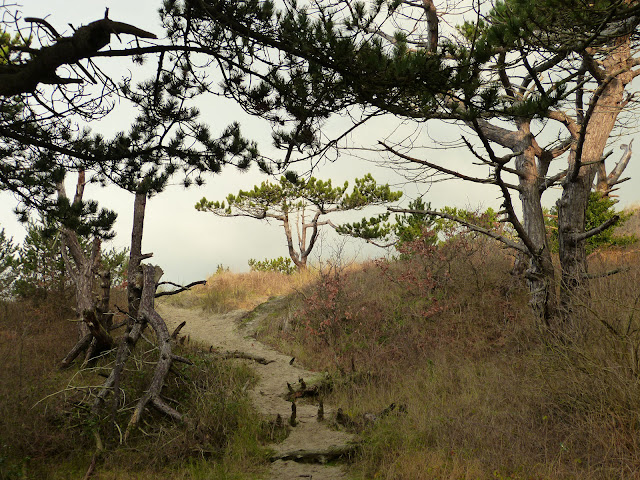 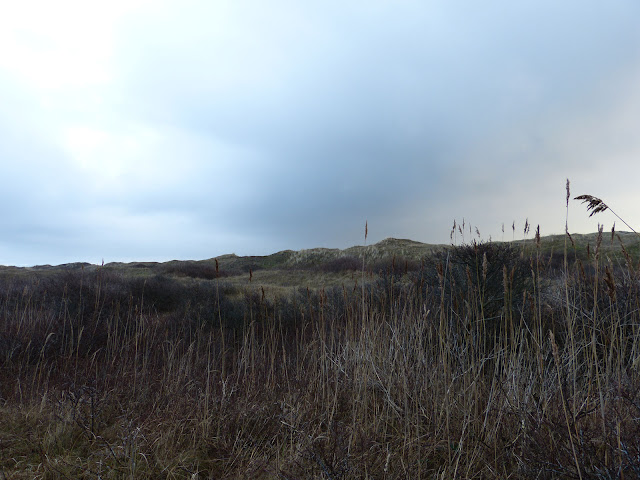 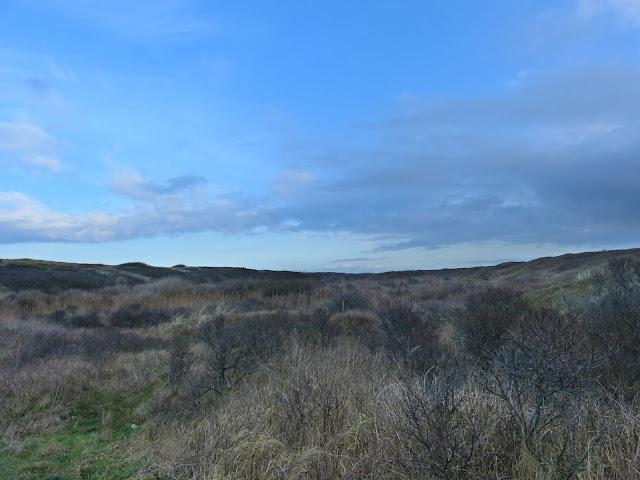 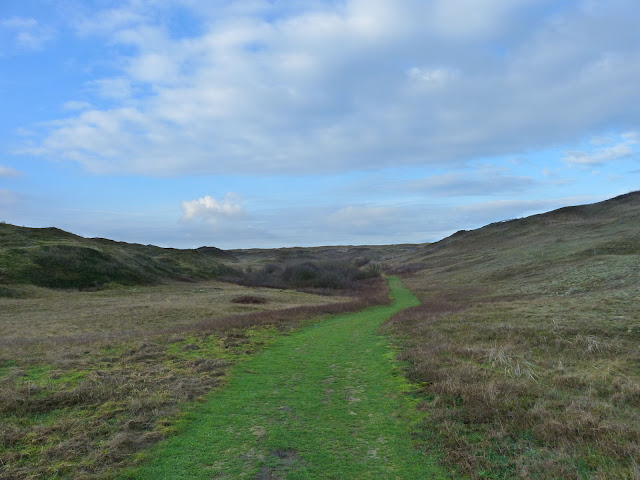 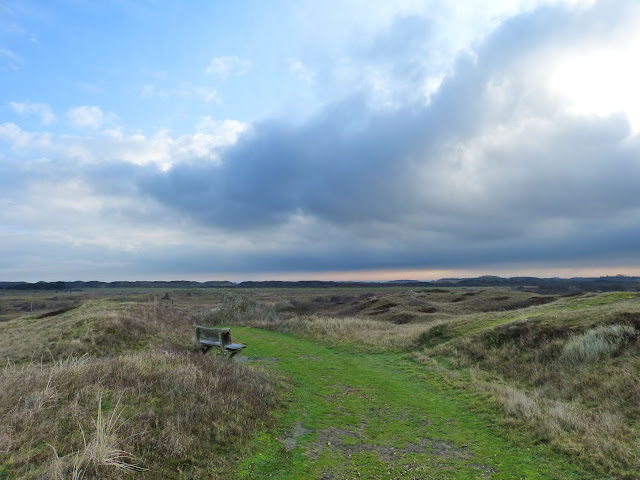 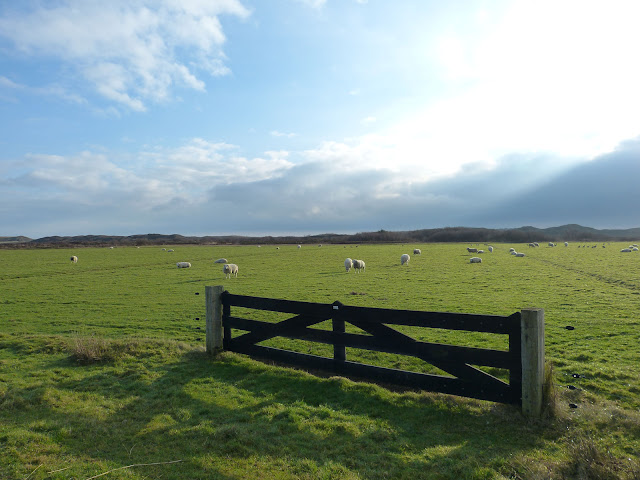 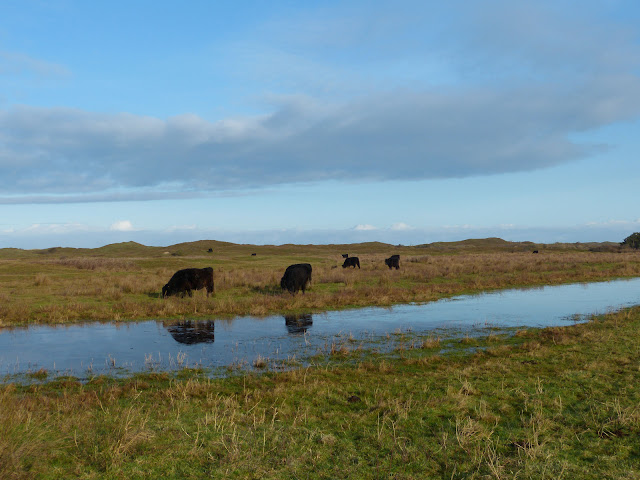 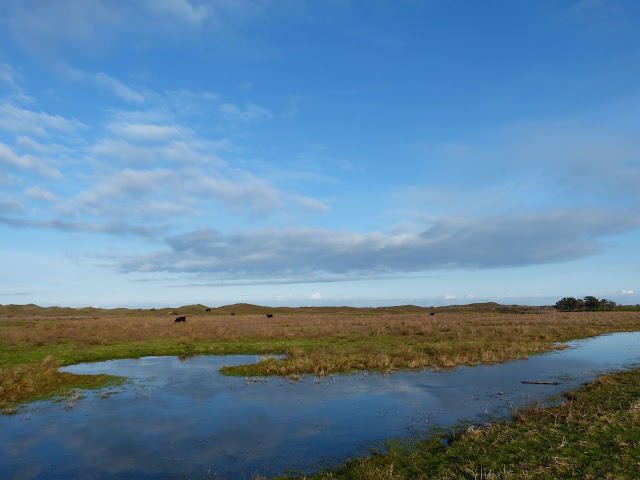 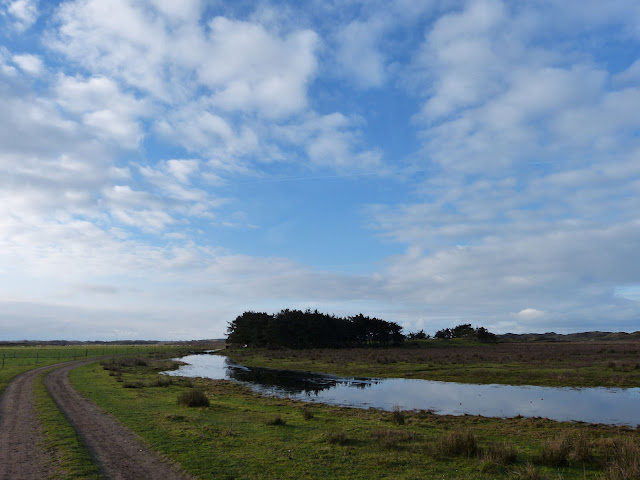 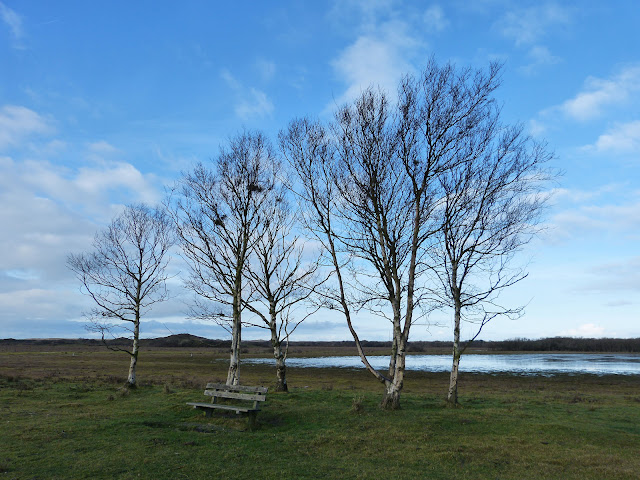 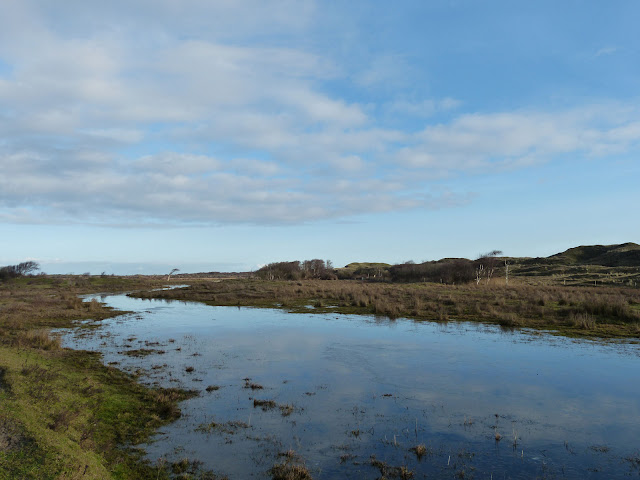 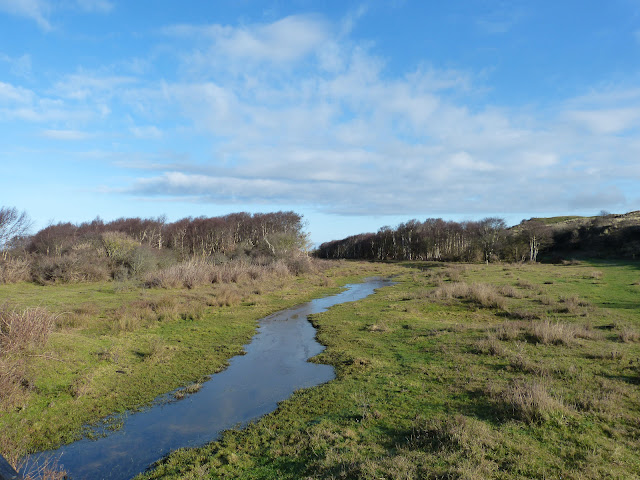 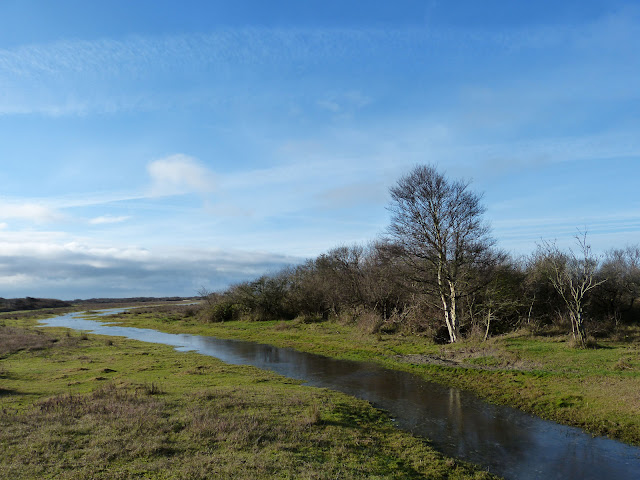 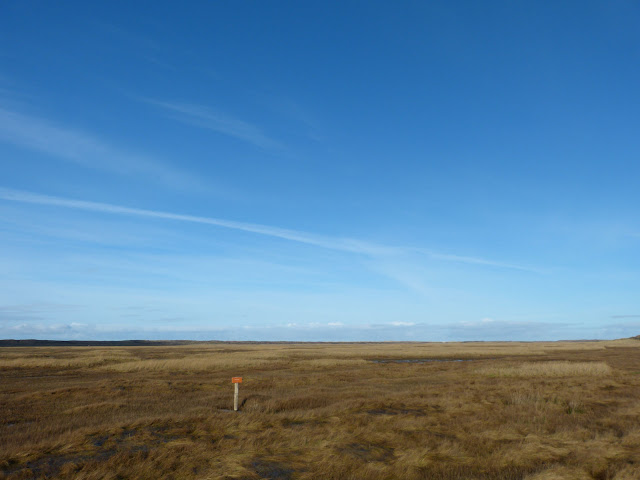 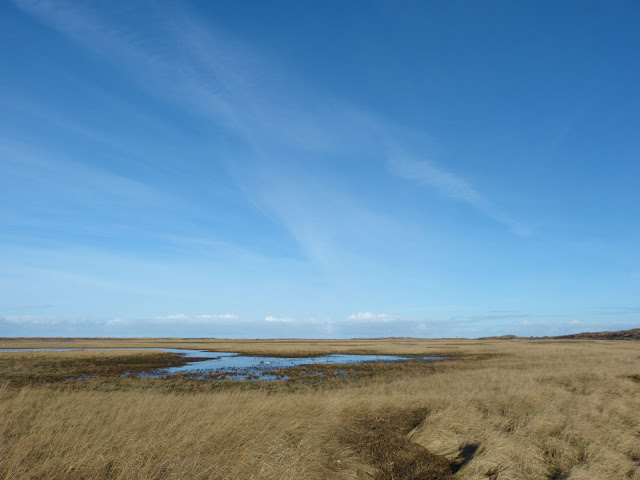 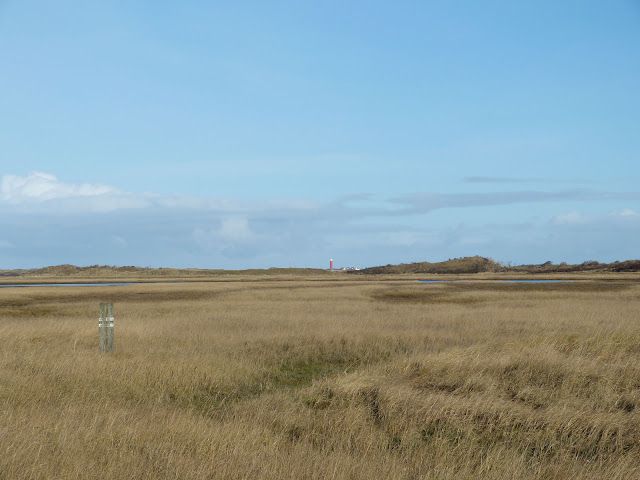 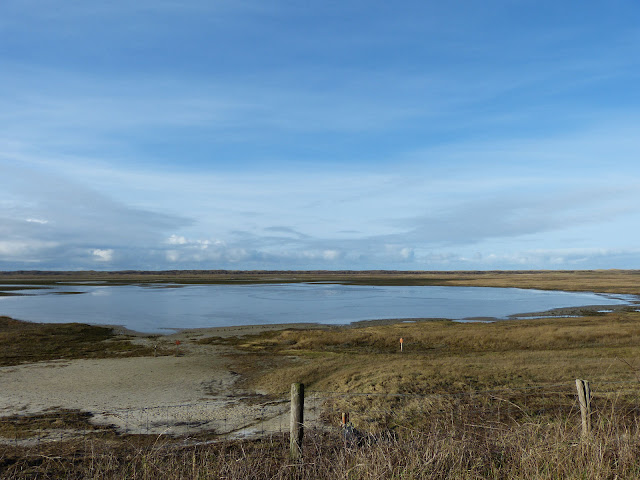 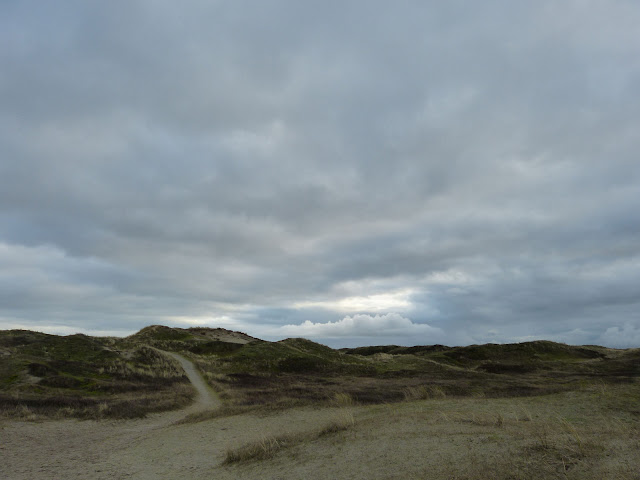 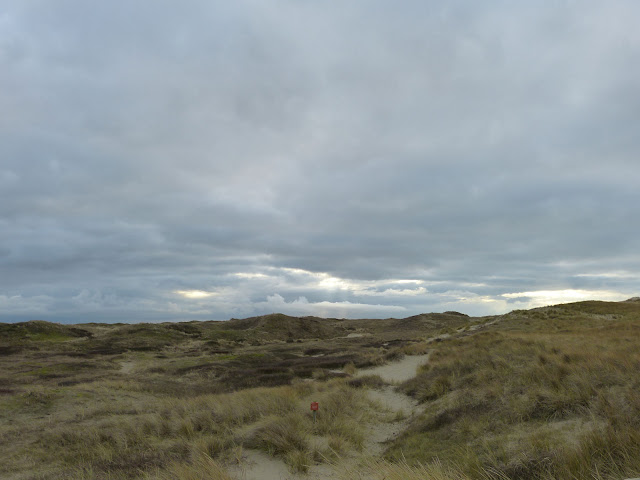 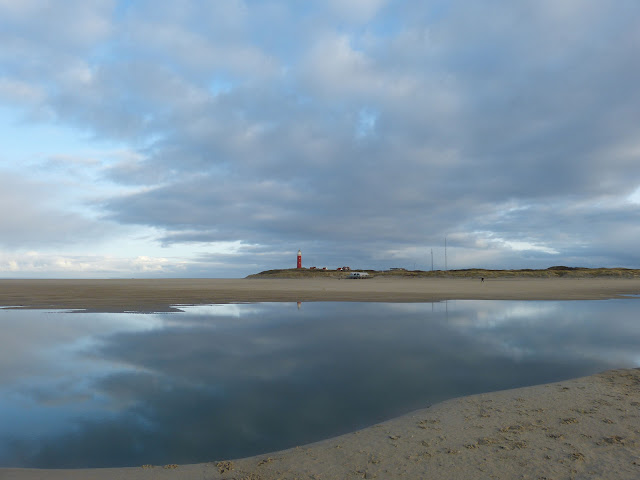 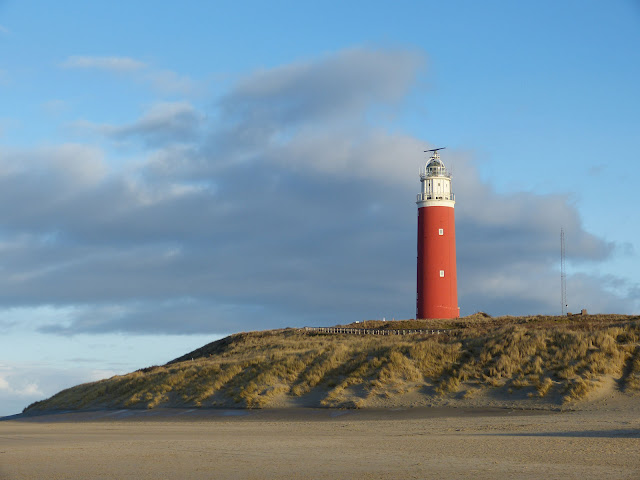 After this rather exhausting walk maybe it was a blessing that next day was a snow day. It gave me time to rest a bit and take it easy. And also...to read. When you walk outdoors all day it's hard to keep your eyes open at night, so even though I would have loved to have read a lot every night, my body just wouldn't let me. So a snow day gave me the opportunity to make up for that.

After reaching the most northern part of the island I would now be moving south along the east side, but that's for next post. Until then I wish you all a wonderful and artsy day.