Amsterdam Slideshow - part one of two

I was in  Amsterdam for only four nights, which comes down to about three and a half days, because the rest was all about travel. Actually the trip to Amsterdam is quite easy to do from where I live, the public transport has a wonderful connection by bus and train. But of course it does take time. Those are the times I wish I could drive and had a car, but those times are too few and far between to really do something about it.

I arrived on a Monday in the early afternoon. After I had my affairs in order I just wanted to take a quick walk around the city, so I took the bus to the city center and went for a little stroll. 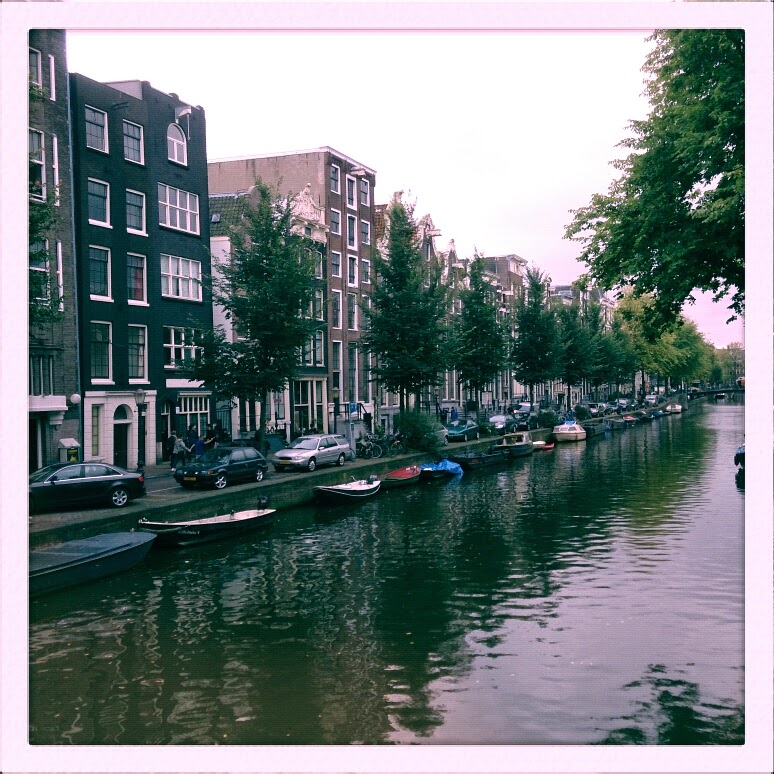 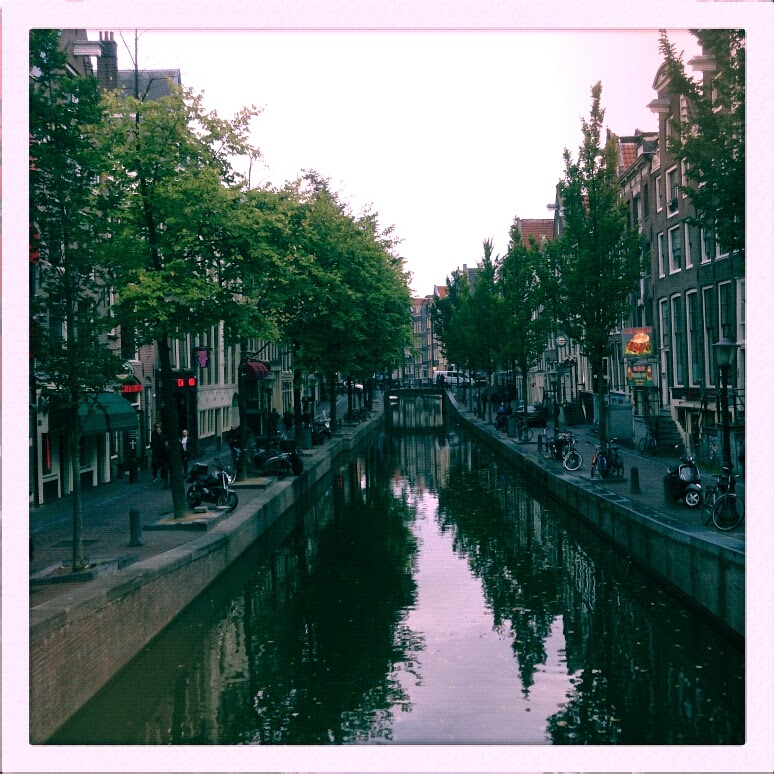 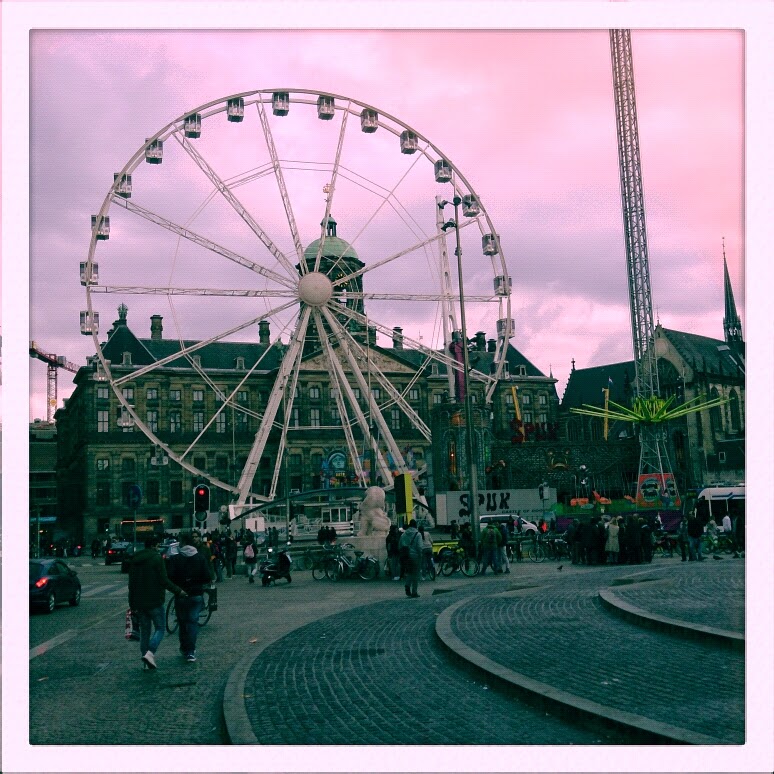 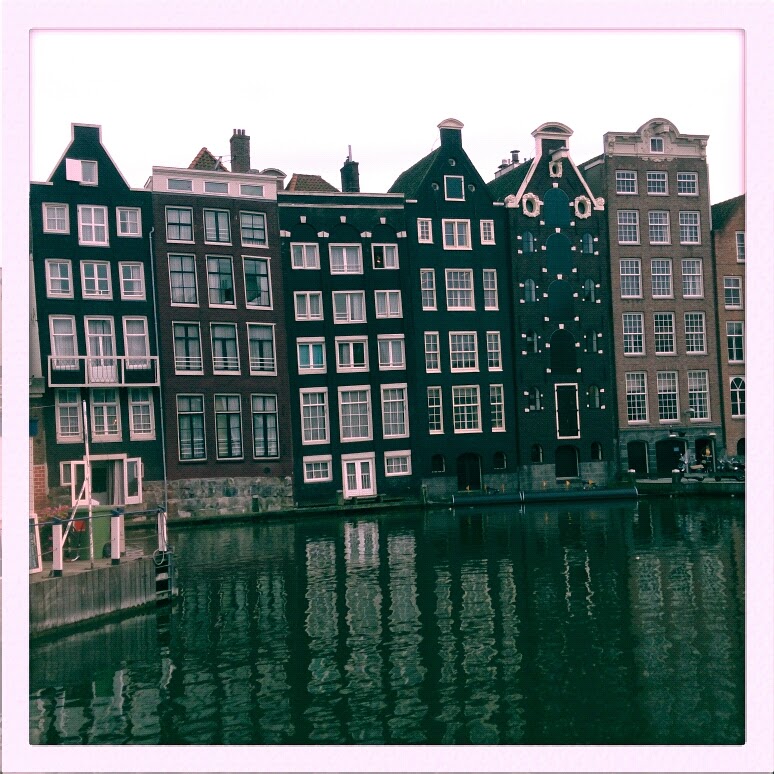 Amsterdam is full of cute canals and pretty houses as you can see. Unfortunately the Dam Square had a carnival on it so I couldn't take good pictures of the architecture there, just of the ferris wheel. ;-)

When I got back to the apartment that night I was greeted by this cute fellow. He was my steady and unobtrusive roommate during my stay. ;-) 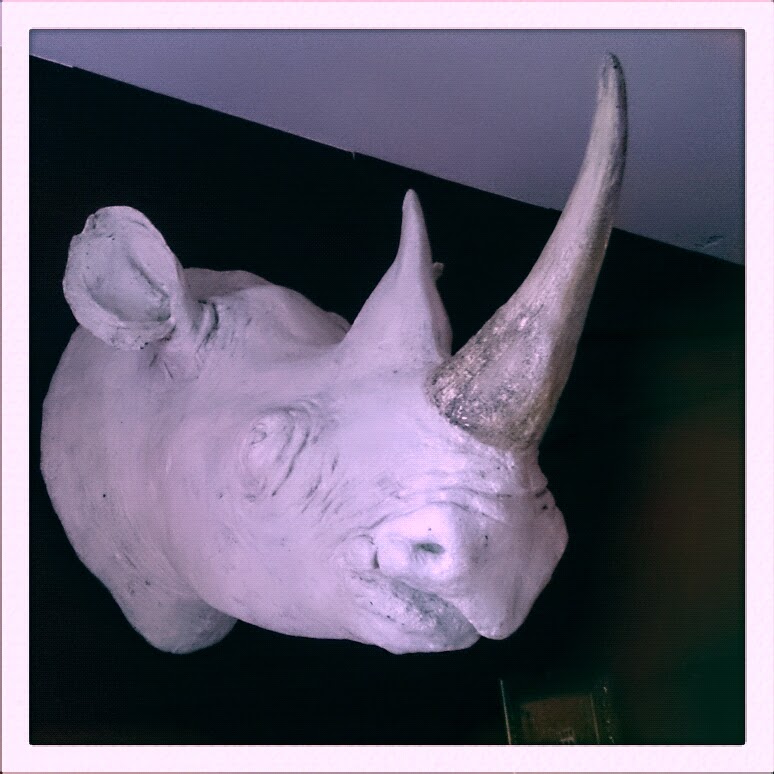 On Tuesday I really got going with my little vacation. I think the hardest part of doing a short stay is that you have to make choices. I'm not a person to just quickly pass something and move on, so I have to pick a few things and just go with them. I decided to go to the Amsterdam Zoo, Artis. I had been there as a child, but not since, so I felt a visit was in order.

I chose a bus stop that was still a bit of a walk away, because, well, I like my walks. ;-)
The bus stop was near the Scheepvaartmuseum (I suppose this would translate into The Nautical Museum?), which is beautiful building. I did not go inside by the way. 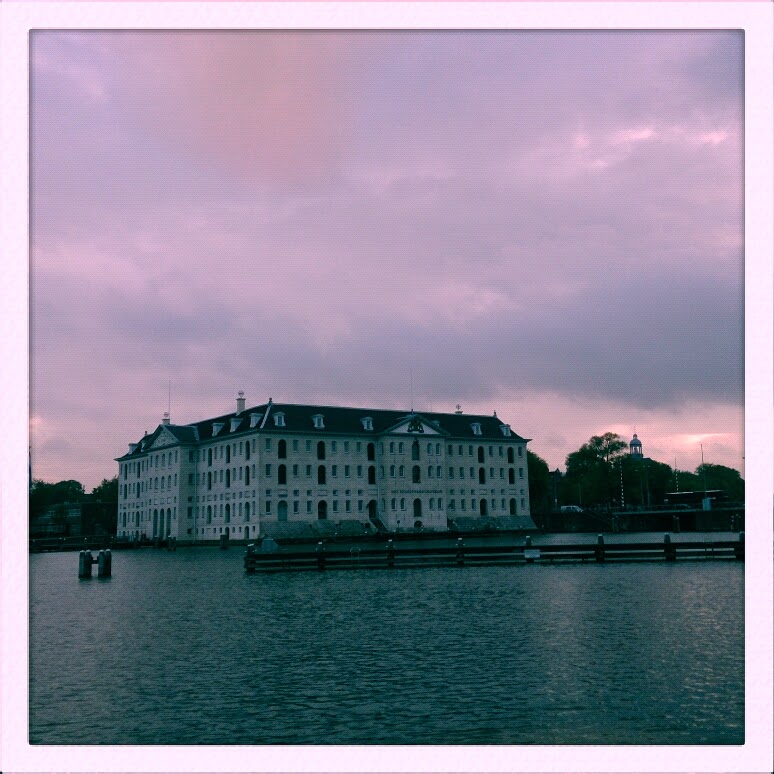 Artis has changed a lot since I was there last, with many additions and improvements, even though some places are still quite authentic, especially when it comes to the buildings. How about this amazing green house? 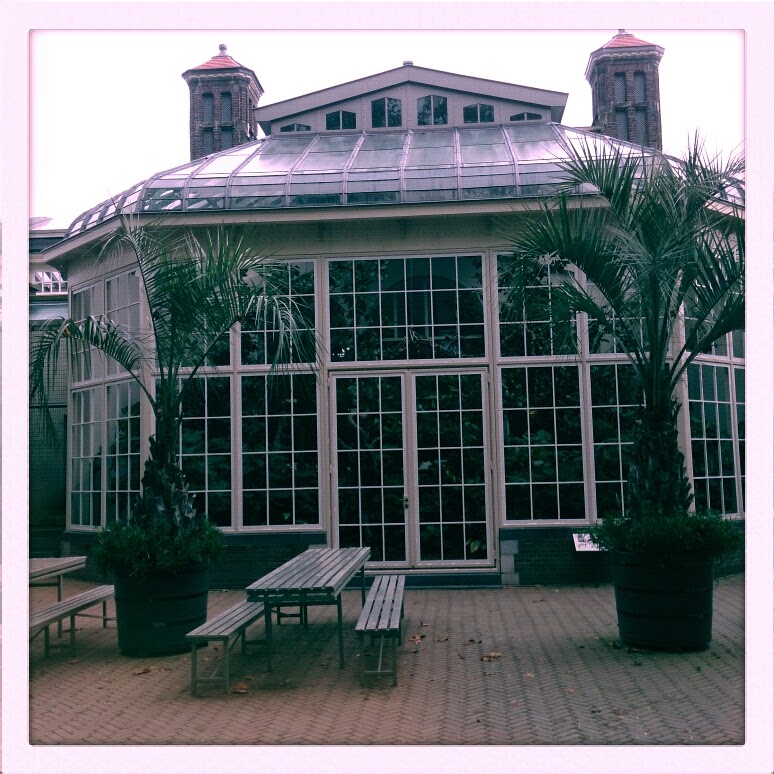 Unfortunately I didn't bring my 'real' camera, just my phone, so I couldn't really get good shots of the animals. Here's the only two close ups I managed to get: 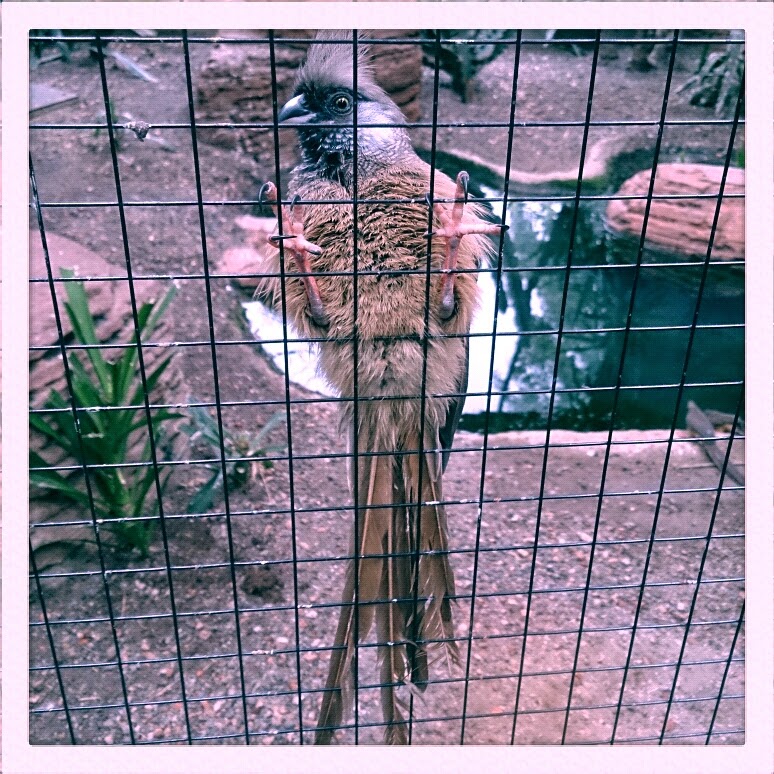 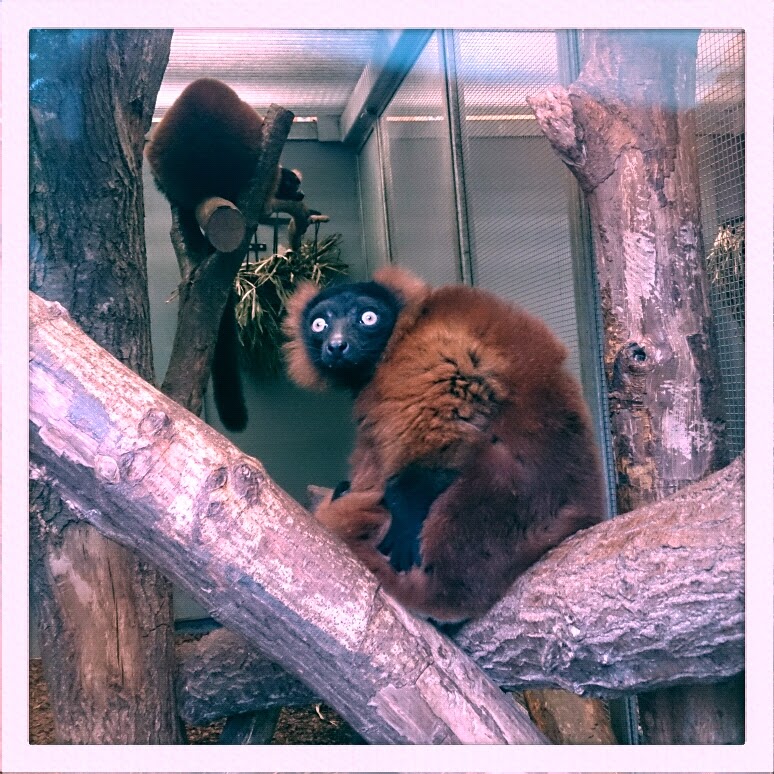 I fell in love with the sea lions. There's an underground passage way where you can see them swim and they seemed to really be enjoying themselves so much. I don't think I've ever seen an animal in captivity so happy. I immediately had this feeling that they must be trained somehow and had never known the wild. They felt like circus animals to me, content circus animals that is.

And sure enough...at feeding time there was an entire show. Part was with all the sea lions and then there was Carolien. She was the star of a solo show and these two girls were taken from the public to assist. They got kisses and hugs and also served as good seats. ;-) 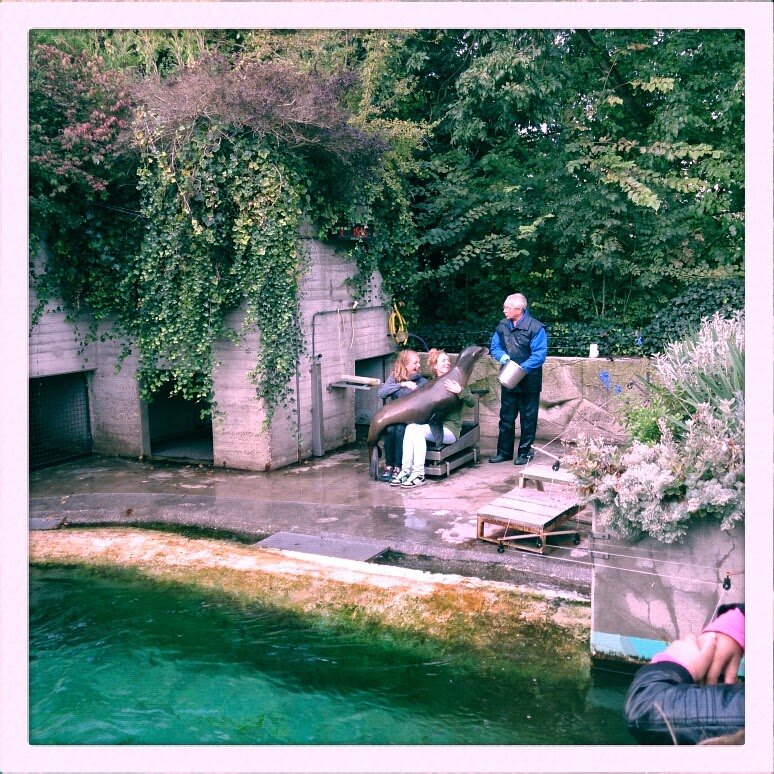 Artis has an amazing aquarium building which has all sorts of underwater life, but also some art and natural history stuff. I just had to take a picture of this paint box that belonged to Henri Verstijnen who was an illustrator and among other things illustrated a book on Artis.

Wouldn't it be cool to own a paint box like this? 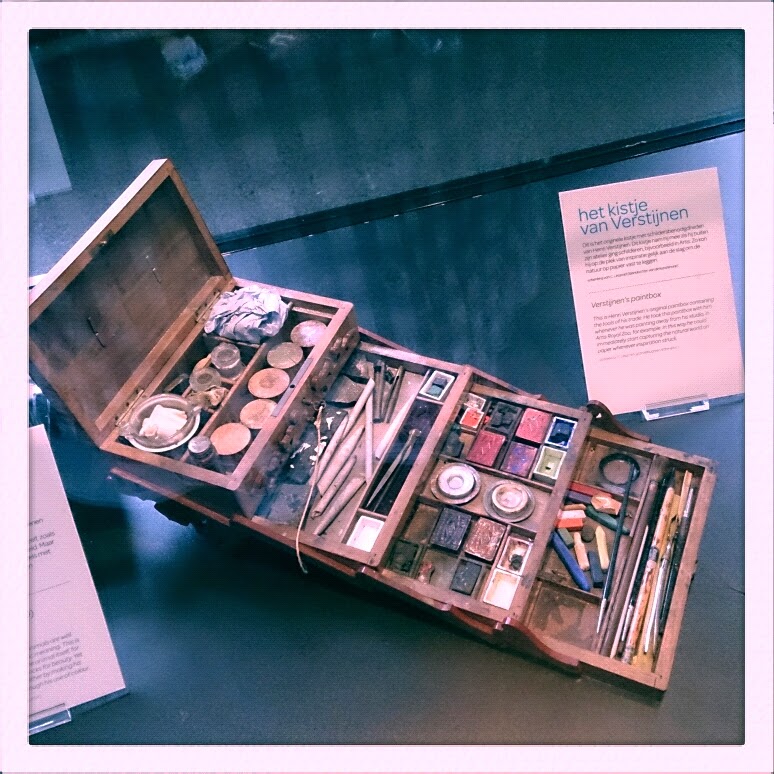 If you're more into living things, here's a little fishie for you: 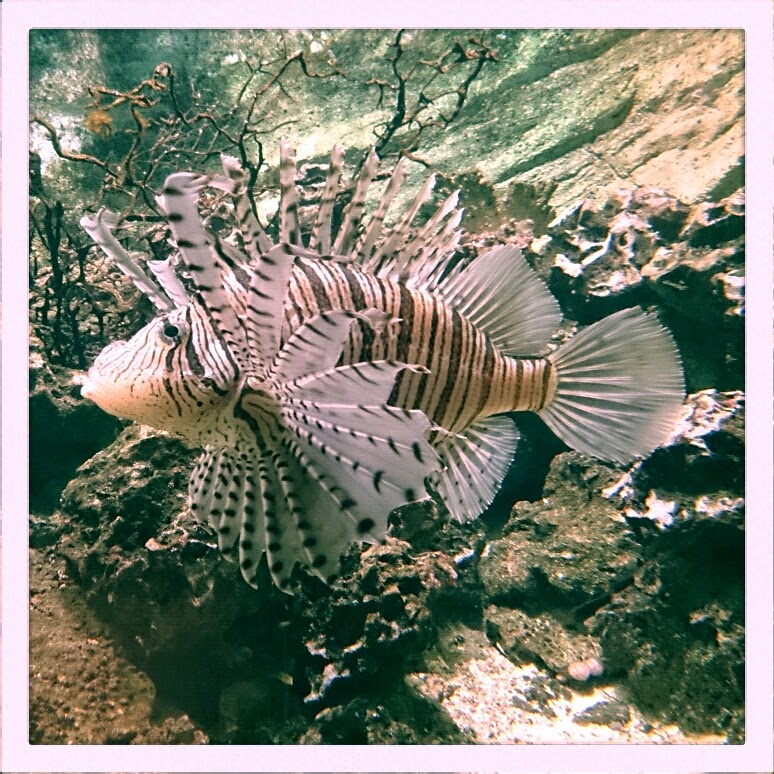 I walked the zoo for hours and had a wonderful time. It was reasonably quiet except for some school trips and I kind of felt like a kid myself again. It also made me think that I really have to go on a special zoo trip soon and bring my good camera and get some close up shots of animals. Not necessarily in Artis, but there's other zoo's to choose from. Good intentions for another trip in the future!

As I left the museum I walked by the outside of several of its buildings. There were a lot of reliefs like these on the walls. Very beautiful. 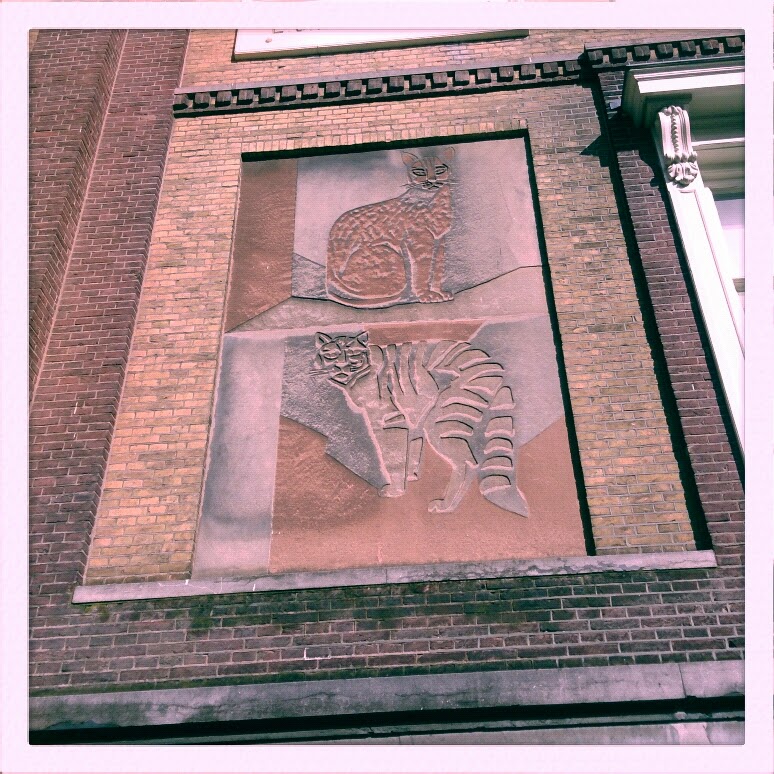 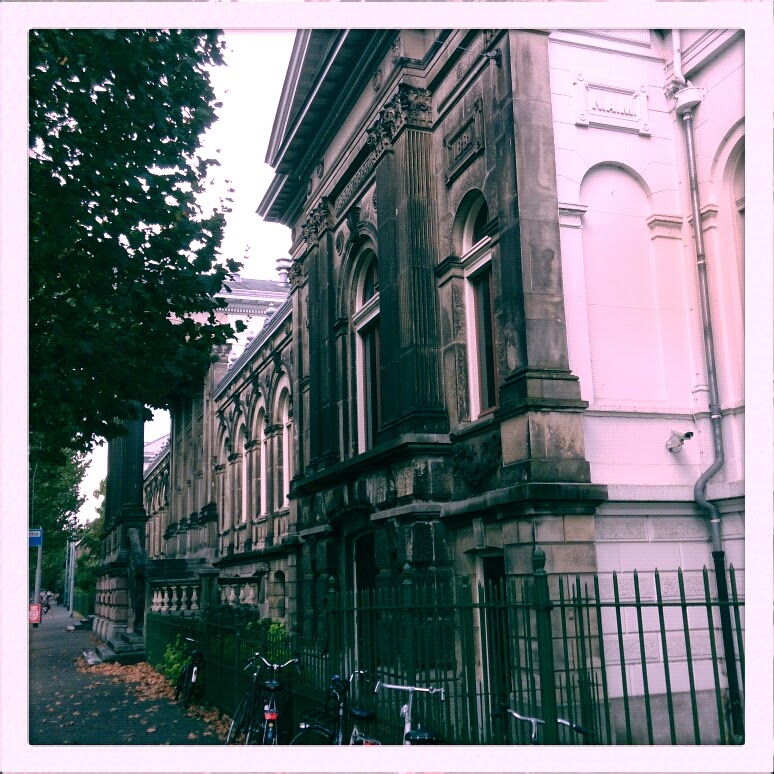 After Artis I went to the Tropenmuseum, which is basically a museum about tropical countries that used to be our colonies. It makes me wonder a bit about the origin of some of the things they had on display, but it sure was beautiful. 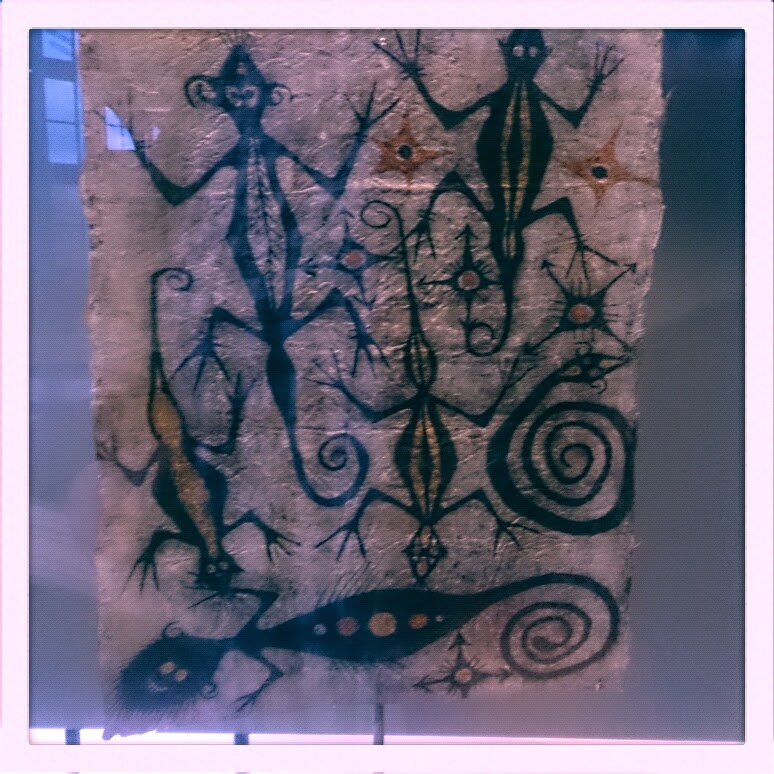 The building itself was beautiful too, especially on the inside. 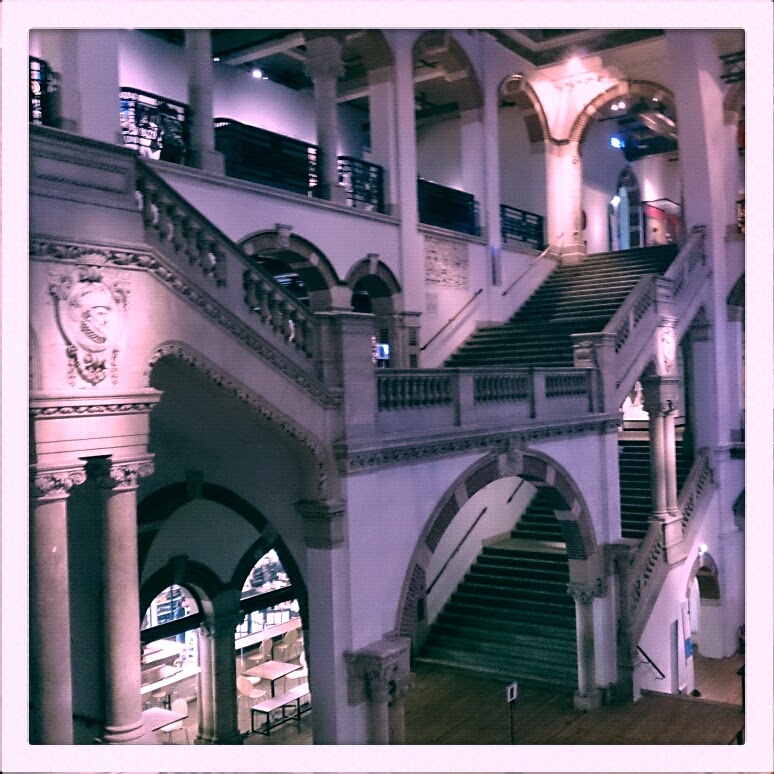 The fun thing about the Tropenmuseum is that it houses some more modern arts and crafts from the same countries as well. Here's a sample of some things that I loved: 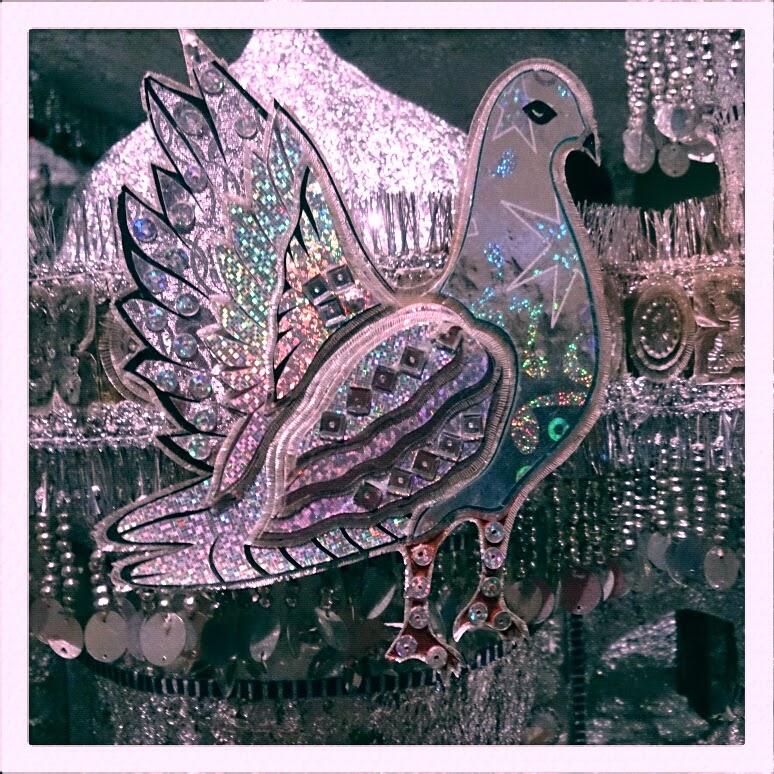 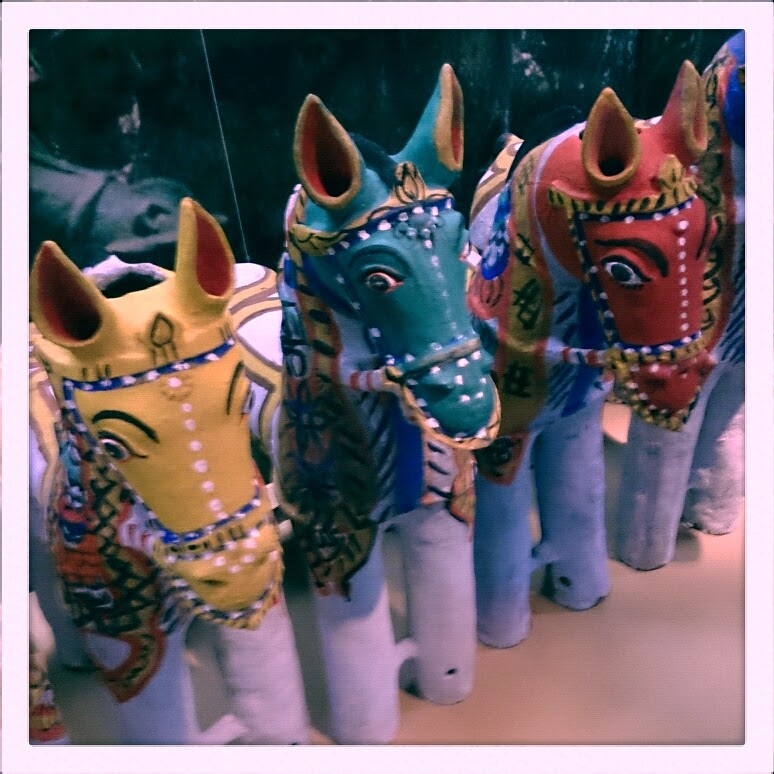 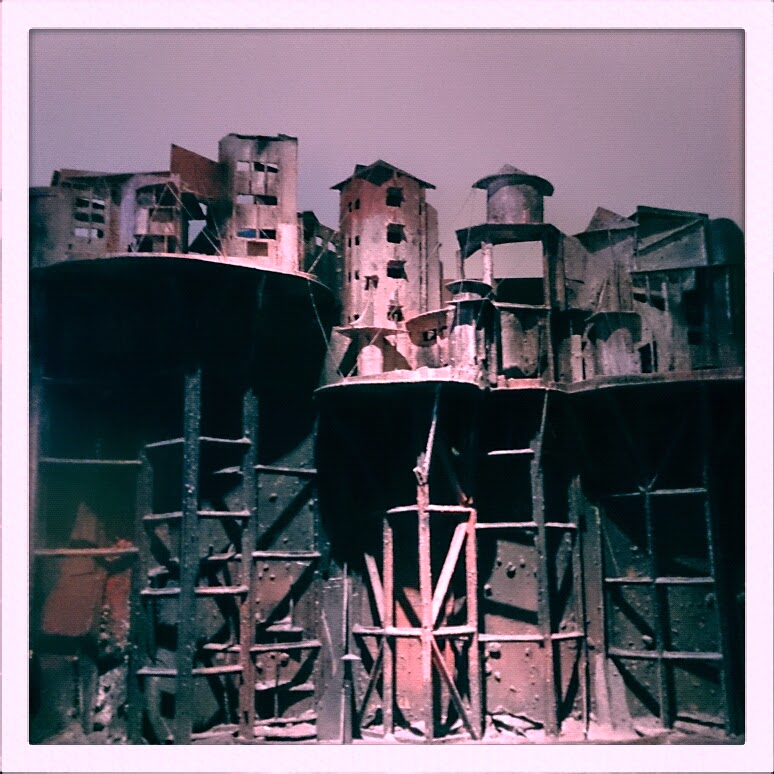 After I left the Tropenmuseum the day was already coming to an end. I decided to walk the Oosterpark which is next door. It looks rather idyllic in this picture, but there was construction going on and lots of groups of people that made me feel a bit unsafe. It's odd, I never feel this way in London, where I always visit the parks after a day of roaming the city. I can sit or walk there for hours.

It may just all be in my head, but in London it feels like the people are using the park for recreation and enjoyment and here it seemed people were just sort of lurking about. Oh well, I got a nice picture out of it. 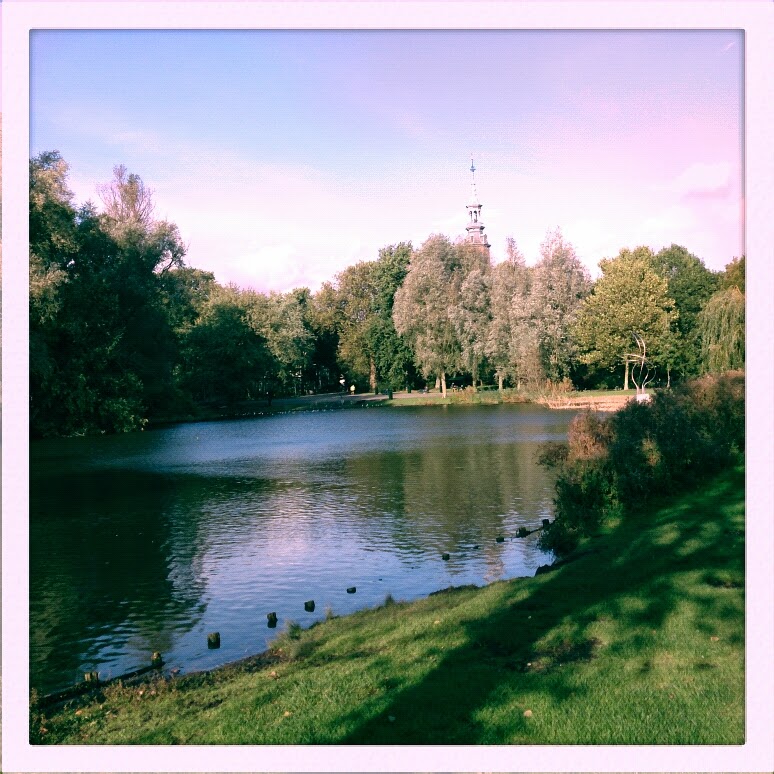 On the way 'home' near sunset I took this picture of a little marina that was near my apartment, just because I thought it looked pretty. Um...that's why I take all my pictures! 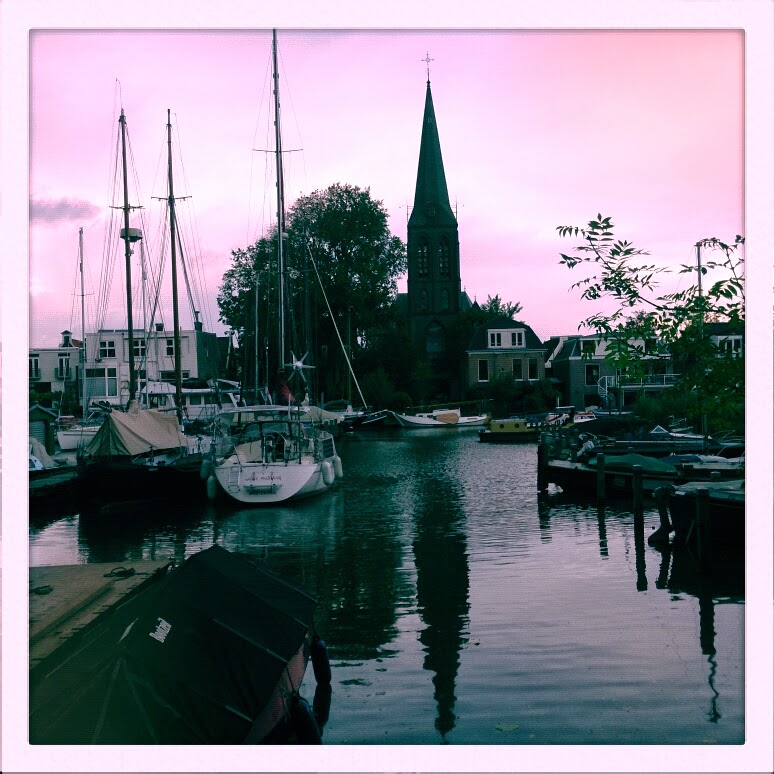 And that concludes the first two days of my trip and the first part of our slideshow. Hope you enjoyed it and that you will come back for part two in my next post.

Until then I wish you all a wonderful and artsy time!
Geplaatst door Carin Winkelman op November 03, 2014
Email ThisBlogThis!Share to TwitterShare to FacebookShare to Pinterest
Labels: photography, vacation
Newer Post Older Post Home