My artsy friend Monique (aka Monk, see her blog here) has a new hobby: lomography.
Now, she was always into photography, well at least as long as I've known her, but recently she has been drawn to the old fashioned analogue kind. Lomography is basically that, old fashioned photography with very simple camera's. Now there's apparently all kinds of camera's with different lenses and effects and since it's not digital you actually have to put a film in there and wait for the results long after you take the pics. It's very retro when you think about it, as the results are always a surprise and yes, sometimes an unpleasant one too. :-)

However today I want to show you a little lomography project that had some very pleasant results. See, we did a little collaboration. Here's what happened: Monk sent me a fish eye camera and asked me to fill up a 36 shots film roll in any way I liked. After that she would rewind the film, put it in a more regular lomocamera and shoot it again. In short, we were going for double exposure! That way two pictures sort of cover each other, but never quite precisely, and also, since she had no idea what was on the pics I took, the results would be an extra surprise.

I decided to take the fish eye camera with me on my long walk from east to west that I took a few weeks ago (you can see the 'normal' pictures I took with my phone that day here). I wanted to fill the film with all sorts of touristic and natural scenery from my island. Almost make it like a cliché guided tour of this place I call home.

It was great fun to do. We have become so spoiled with digital cameras that I forgot how selective we had to be when we were shooting on film. I also enjoyed the simple act of having to roll the film forward for every new shot. Analogue photography is so much more a hands on experience. I felt a bit like going back in time.

In May Monique was here for the small art and music festival Here Comes The Summer, that's held here every year in the spring. She put the film with my fish eye pics in the other camera and shot a lot of impressions of the festival and the surrounding area.

After this the film was sent to the lomography people for development and printing and...got lost in the mail! We couldn't believe it. Our first joint photography project and then the film goes missing! It's enough to make you cry. This is the part about analogue photography I don't miss, haha.
Luckily after a search by the postal service and a bit of extra waiting, the package turned up and the results were in. And as stated above, we were pleasantly surprised.

Here are some of our favorites for your viewing pleasure. The imagery in the circles (the fisheye) were done by me, the other parts were done by Monk, and together they  make for some lovely and interesting pictures. At least we think so. 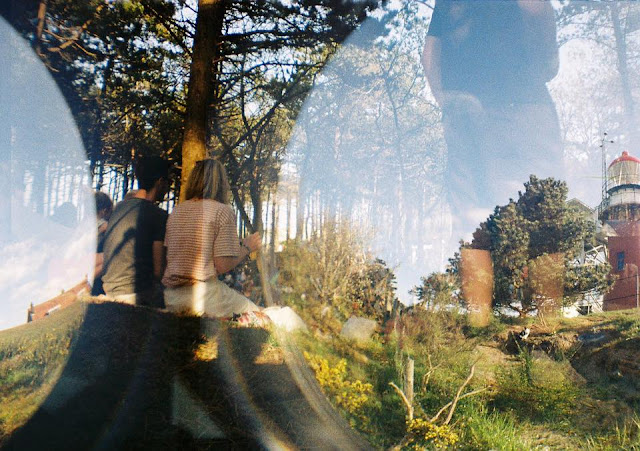 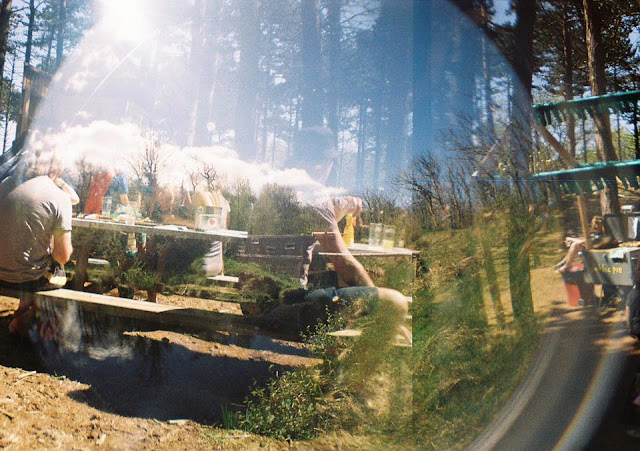 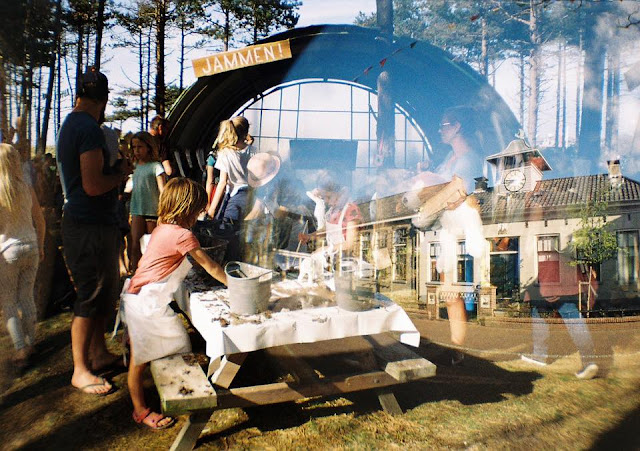 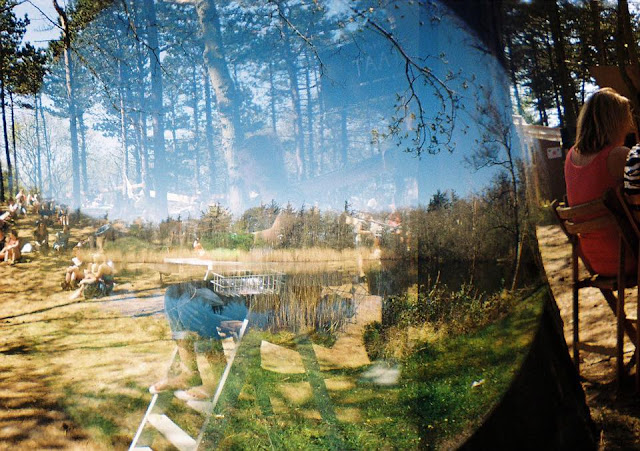 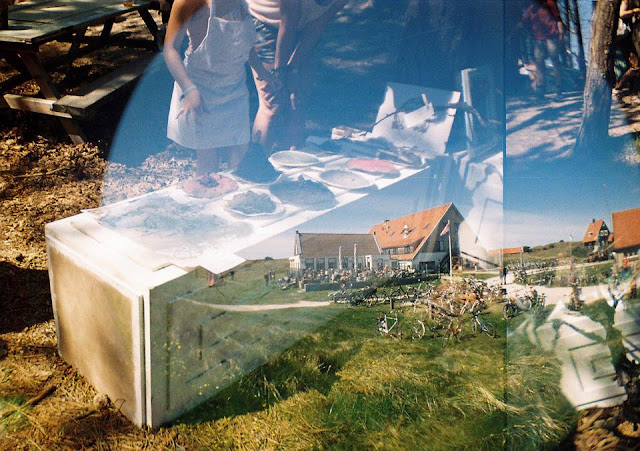 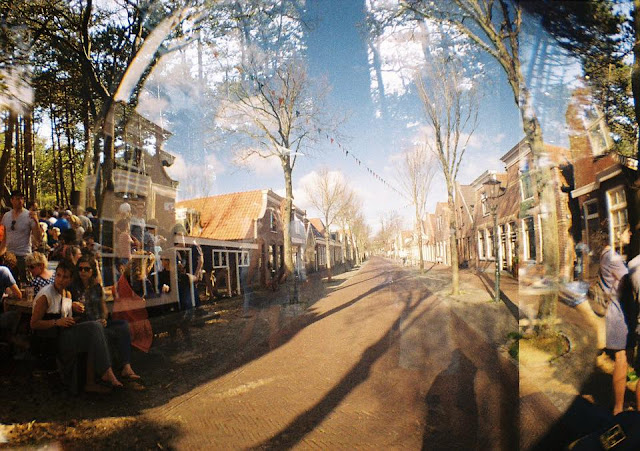 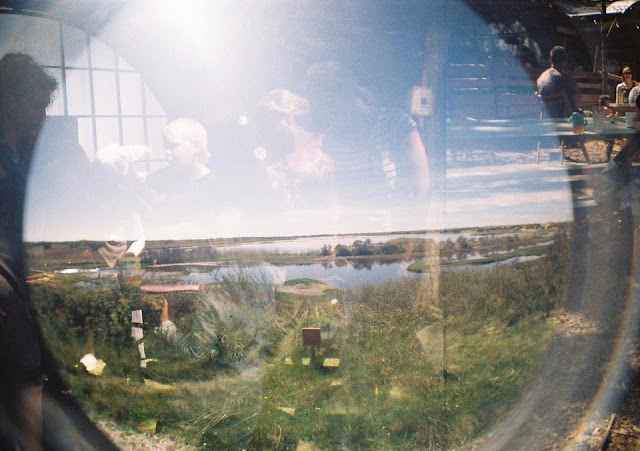 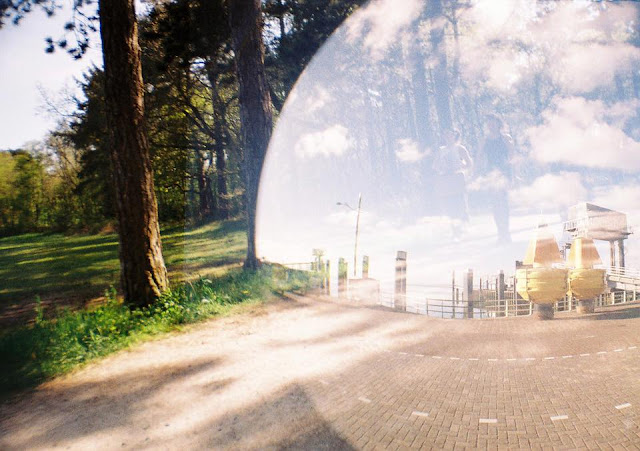 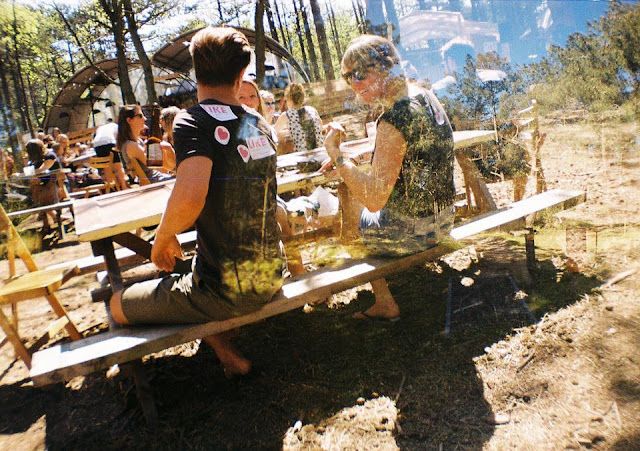 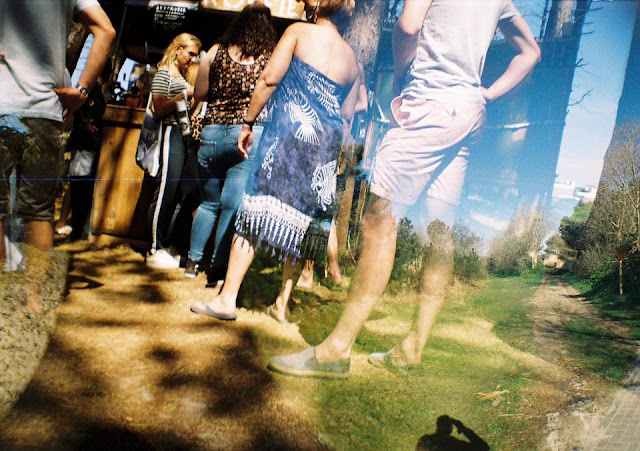 I love how the pictures combine the scenery of the island with the fun of the festival. It's like the best of both worlds in one picture!

We are so pleased with the results that we will definitely try another double exposure project in the future. It's so good to have artsy friends!

PS: If you want to know more about lomography you can visit their site at https://www.lomography.com/ .