Saying goodbye to the assistant

If you have been following events on Facebook and Instagram this will not come as a surprise to you, but for the rest of you I have some very sad news. I have had to say goodbye to my sweet furry assistant Peer. 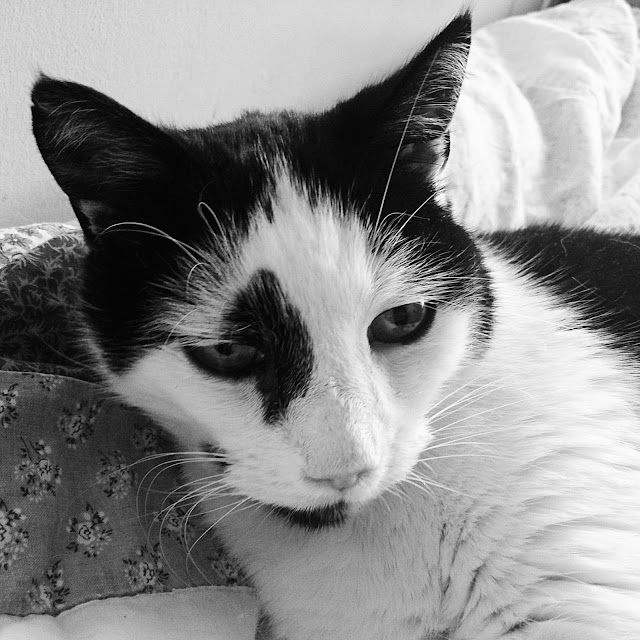 I got him from an animal shelter less than four years ago and he was without a doubt one of the most affectionate cats that ever lived. Unfortunately he was already suffering from a chronic flu/cold type of thing (I don't know the English word for this, so you'll have to forgive me, but for the Dutchies among you: "niesziekte". ).

He had antibiotics several times when I just got him, but he did not respond to them. He was however feeling great and doing fine, except for the occasional sneeze attack and leaving snot all over the house for me to clean. So it was really  more of a practical problem that I could live with just fine, since he was such a wonderful addition to my household.

But unfortunately such a condition does do damage over time and this is what has been happening over the past two months or so. He slowly got worse and worse. We tried several treatments and medications, but he only started to get more miserable. So I had to make a decision in his best interest and he was euthanized two days ago.

I am incredibly sad and I miss him like crazy. He was a very cuddly and adorable presence in my life and he stole not just my heart but that of every cat lover that ever met him. It's a shame he did not get to live to a ripe old age, but I'm grateful I got to have him with me for almost four years.

So here we say goodbye to Peer: he was a lousy assistant, but the bestest of cats!

PS: Because of the above I will not be blogging for the rest of the week.