A year of working less

Today is a bit of a memorable day. Well, for me anyway. It marks my first year anniversary of working less!

You may remember how last year I decided to cut down the hours of my day job so I could spend more time on doing the stuff I love. Stuff like art, but also reading, writing, photography, walking and just plain being me. I wrote extensively about that decision here, if you want to know more about how it all came about.

It's amazing how fast the time goes, because that post seems like yesterday, but apparently an entire year has somehow passed and I thought it might be nice to do a little update as to how things are working out. So that's what today's post is about. For those of you who don't care about all these specific goings on I have added some studio pictures of art supplies, so there's at least something pretty to look at, haha. 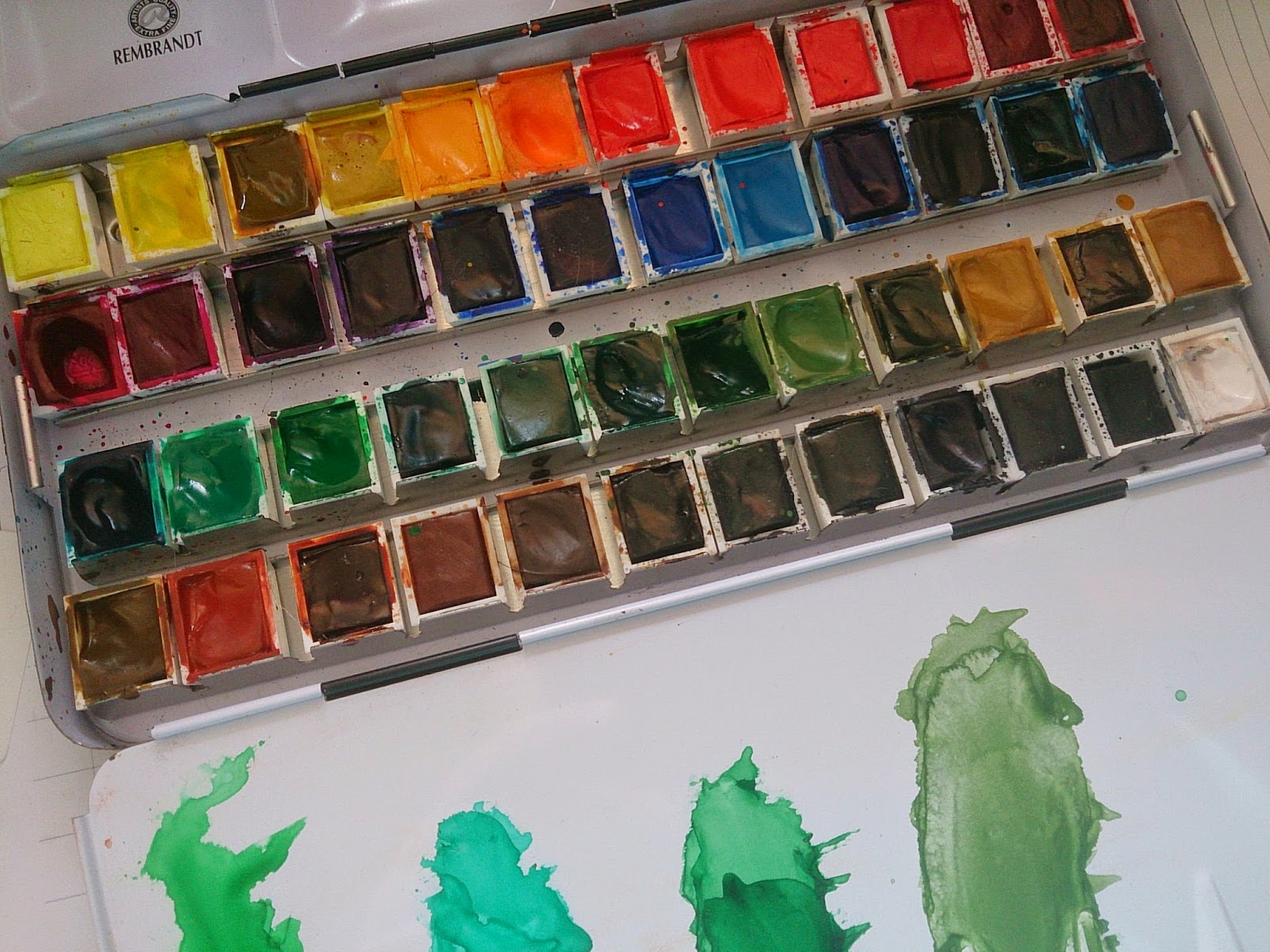 It's funny, when I look back on that post a year ago, that the things I focused on mostly turn out to be the things that have mattered the least. By that I mean that I expected the loss of income would be really hard and challenging. Turns out...it's not! Yes, I've had to let go of some things, but actually I don't feel like my life has changed all that much in that respect.

It seems that as long as you can afford the basic things like food and shelter and such and have the opportunity to do (more of) the things you love, then the rest doesn't really matter all that much. Yes, I had to get used to things, but it was quite easy really. And to my surprise less money can still go a long way. I actually can afford to get myself a little something from time to time, just not every time. 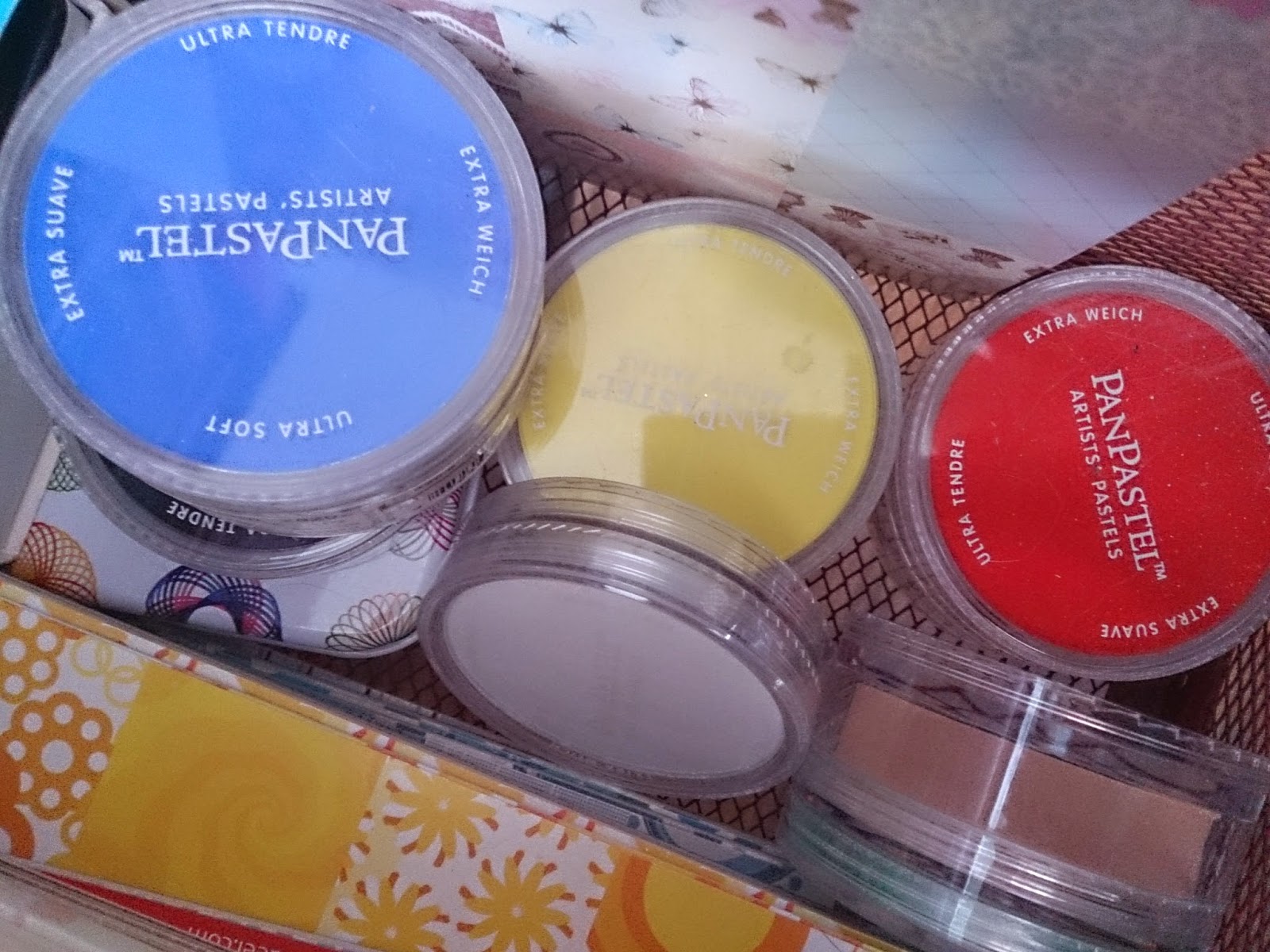 I have even backed up on some of my decisions from a year ago. Sometimes I had no choice in this. For instance I wanted to throw out both cable tv and digital tv, but my cable tv subscription could not be seperated from my cable internet. It is possible to get the internet over an existing phone line (ADSL), which would indeed be cheaper, but that is a lot slower connection, so I decided against that. However I have cancelled digital tv and disconnected the tv from the cable, so I'm not watching tv anymore. That was really weird at first, because it was such an automatic thing to do, but you do get used to it. I do still watch movies and series on dvd, but I refuse to look at stuff that is more a commercial than an actual program and mostly the stuff on the networks is just...well... shit really.

Another thing I decided against was throwing out my credit card. I used to use it all the time, but now only if I have no other choice and sometimes when you order things online you have no other option but to use a credit card, especially when you order abroad. However in the past year I have used it exactly twice and both times it was like 20 euro's. A big difference with before. I went into this working less thing debt free and I want to stay that way. 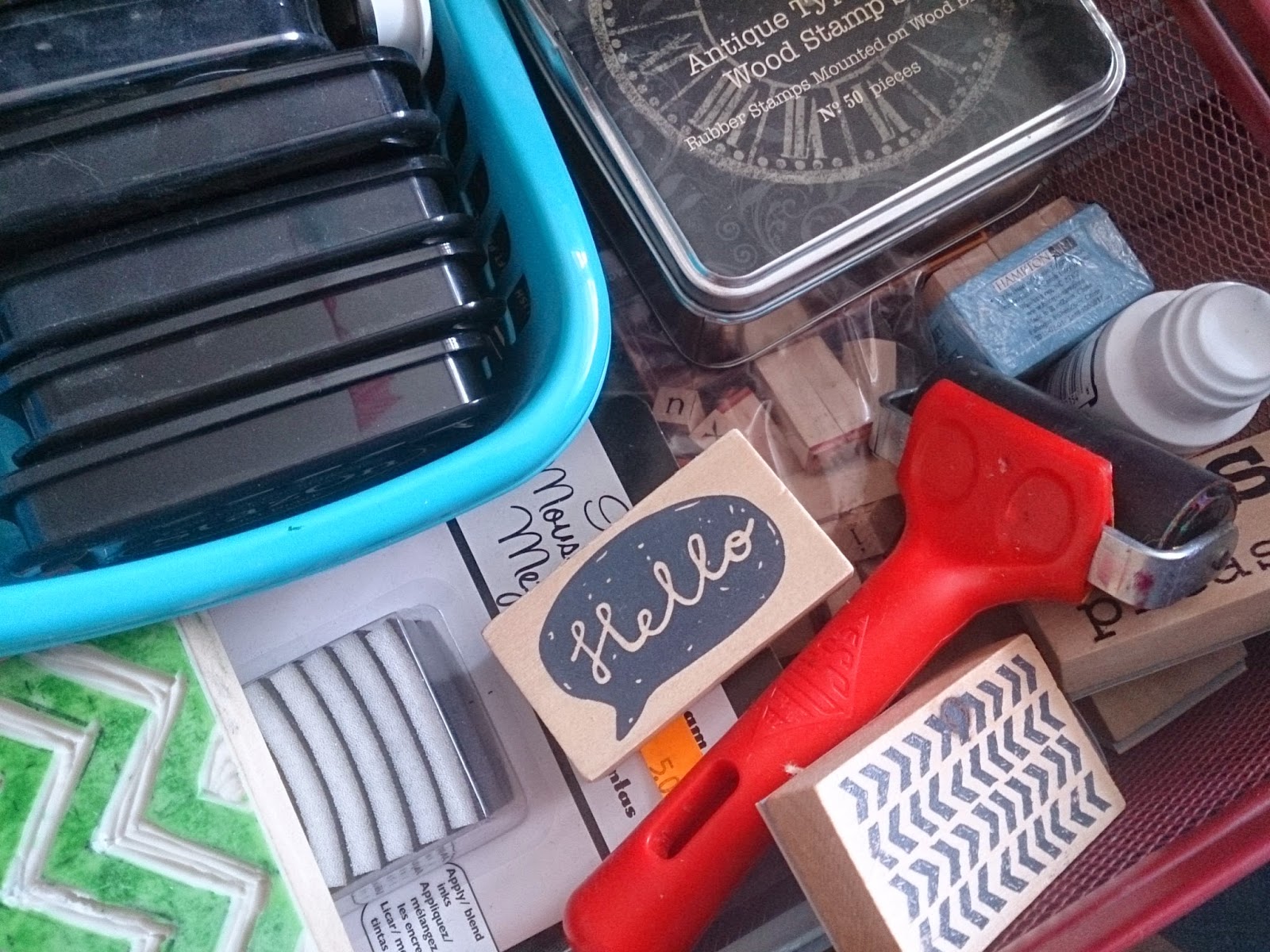 A funny thing happened at the beginning of this year. Because of changes in the law the amount of money taken from my wages for pension and such went down, meaning I now make almost a 100 more a month than I did until december. This was really weird, like a little gift from the universe. Of course laws can change again, but for now I'm really happy with this little extra.

I started what I call a 'Fun Fund'. It's both a seperate bank account and a piggy bank in which I save bigger coins and extra's and things like money from recycling and such. You'd be surprised how quickly that can ad up. It's not like it gives me thousands of euros but it does allow me a couple of hundred  a year that make it possible for me to sometimes splurge on something and to pay for my annual visit to Kreadoe!

All in all the less money thing was more a practical adjustment than anything else and this surprised me. In a good way of course! 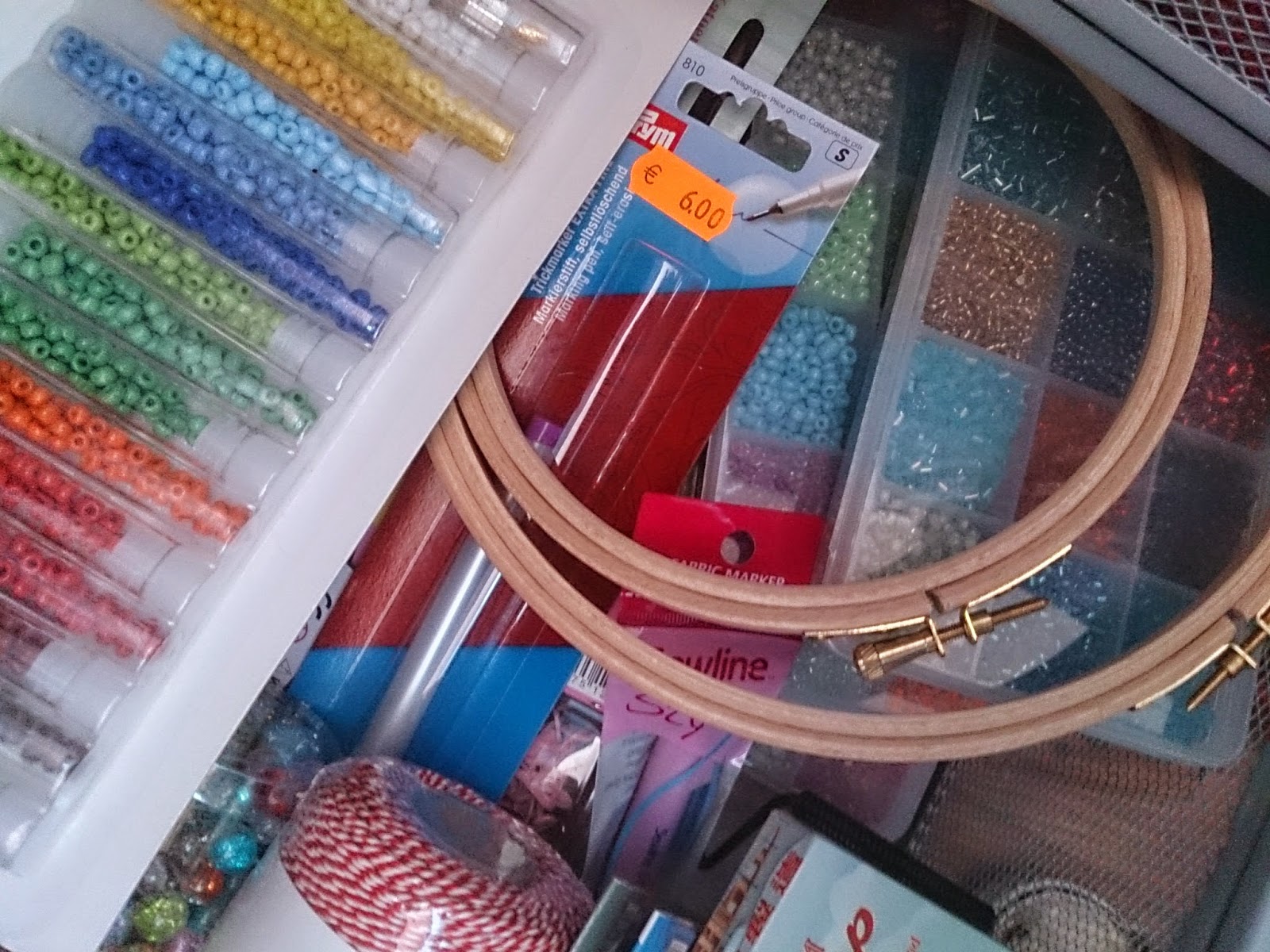 But of course this whole working less thing was never done for the money, it was done for the time. And that's where the real challenges were, especially in the first half year.

You'd think that having more time would just be a simple luxury that would be easy to get used to, but I was confronted with a lot of inner conflict because of it. Mostly because I already had this obsessive urge to spend my time well. Now I had lots more of it and sacrificed some things for that, of course I had to make it extra worth while. This was a major trap that I was stuck in for months on end.

In theory it's really easy to think that free time will free up yourself, but I found the opposite to be true. It made me even more anal about how I spent my time. Everything had to be worth while and productive. I set up schedules and time managed till I was blue in the face and to make a long story short, I drove myself up the wall and lost  some of the joy of doing the things I love (not all, but some). I wrote extensively about this at the end of the year. You can find that post here.

As I stated in that post I started living more and more from pride and ego than from joy. I lost perspective a little. It helps at times like that, that I write a lot and encounter myself that way and that's why I could write that post and change direction. Reflection is esssential I think if you want to see if you like where your life is going. I didn't at that time and I'm glad I 'stepped in' before I drove myself slightly crazy. ;-) 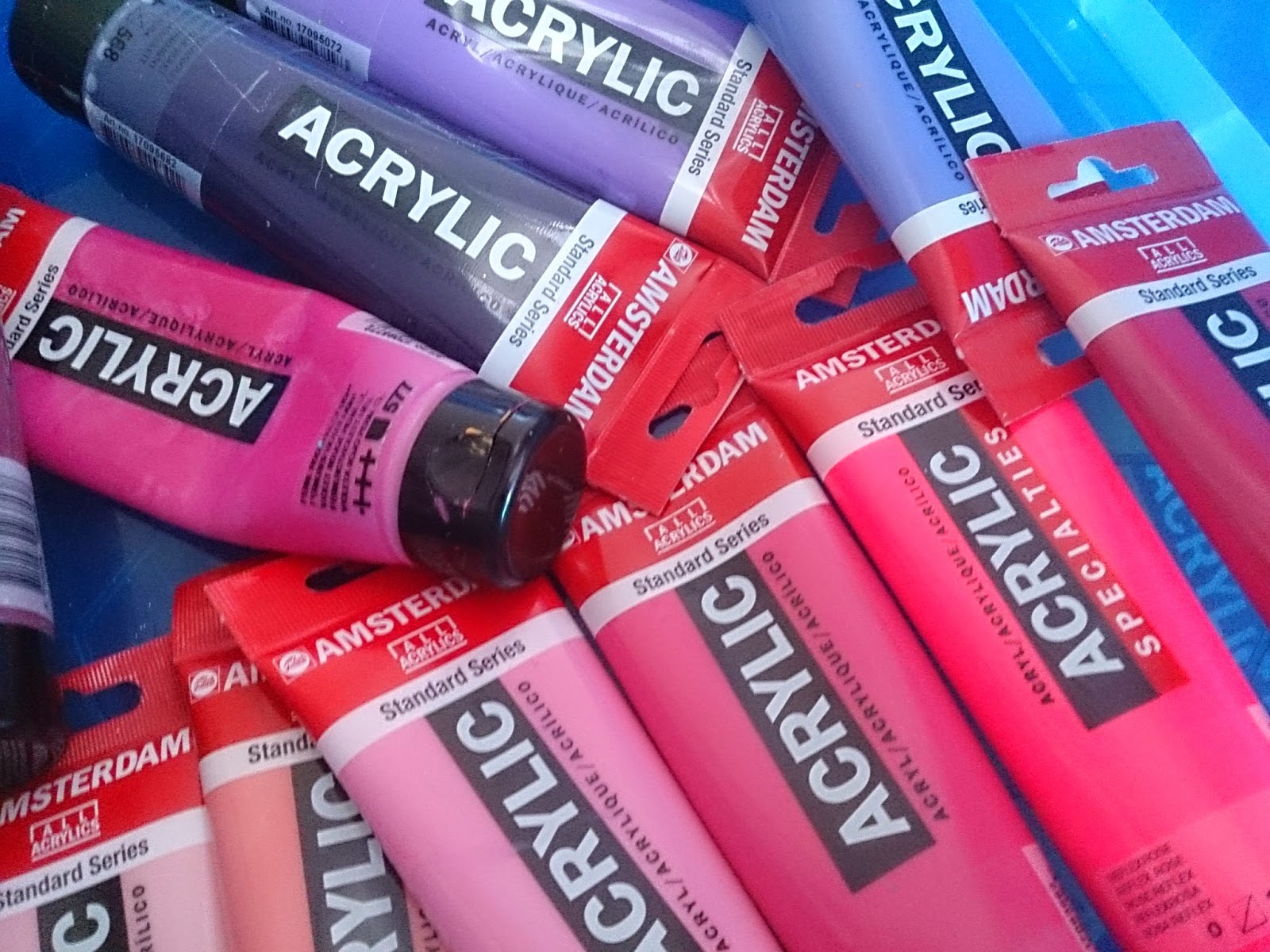 In my new year's post I decided to try a different approach and go more for the joy of things than for the obsession with trying to fill my time 'right', whatever that means. You can read about that here.  And I must say that even though I'm still struggling sometimes it has been a revelation!

I think this whole more time thing stands or falls with giving yourself permission to just be. To just experiment a little and enjoy yourself for enjoyments sake. This may seem obvious, but when you're such a big control freak and as result oriented as me the practice of this can be quite challenging.

One thing that is helping me is that more and more I seem to do art that takes a lot of time, that requires patience. I'm currently for instance working on doodles that I colour in (will show them in a later post). The process, even though it is simple in itself, takes an incredible amount of time. The same goes for all the patterns I'm making and for the handstitching on journal covers that I've started.

I'm impatient by nature, want to fill my time with as much as possible and be extremely productive, but now I'm delving into these art forms that demand much more time than is comfortable for me. It's like practicing a muscle that I always tried to avoid using, the patience muscle. It helps me to value quality over quantity and to see the joy that lies in the process. 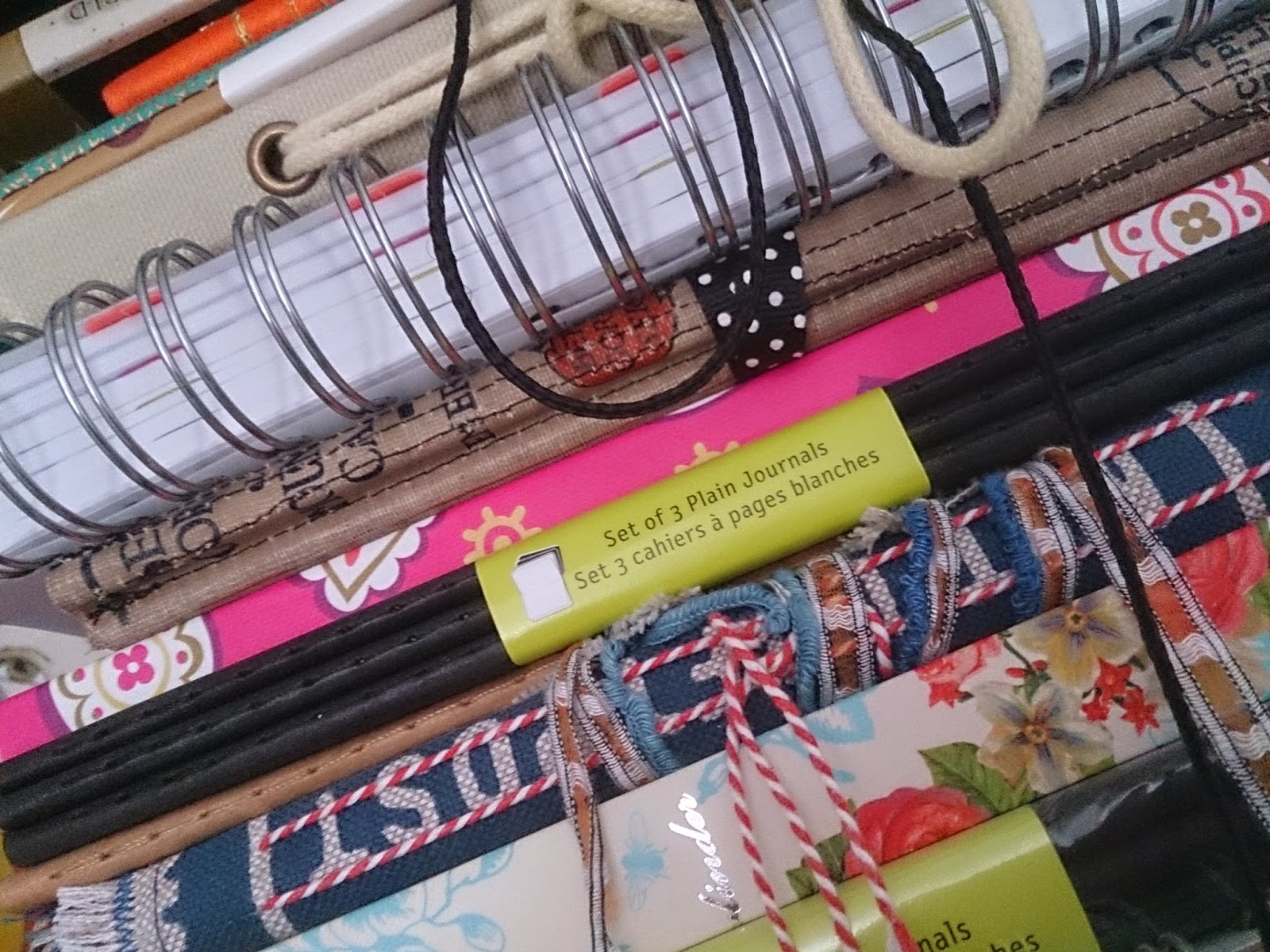 I've also loosened up a bit more about my journaling. Where over the past years my journal was a series of lovely lay outs (which I did enjoy doing very  much by the way), it now is becoming way more process oriented and much more direct. Not everything has to be thought out, the goal is to fill a book and to reflect my life, not to have everything perfect. This makes my journal a lot messier and sometimes less pretty, but I love looking at the mix of various things in one book without rhyme or reason. The Notebook is a good example of this kind of journaling. I expanded on it when I joined International Fake Journal Month in April. That really gave me new ideas and perspective.

I have allowed myself the luxury of not having to spend all day or a big part of it doing art, but to divide my time more between all the things I love. Things like walking and reading for instance. I have always read and walked, but I can do it so much more now and it's really helping me get calmer and more relaxed about everything. 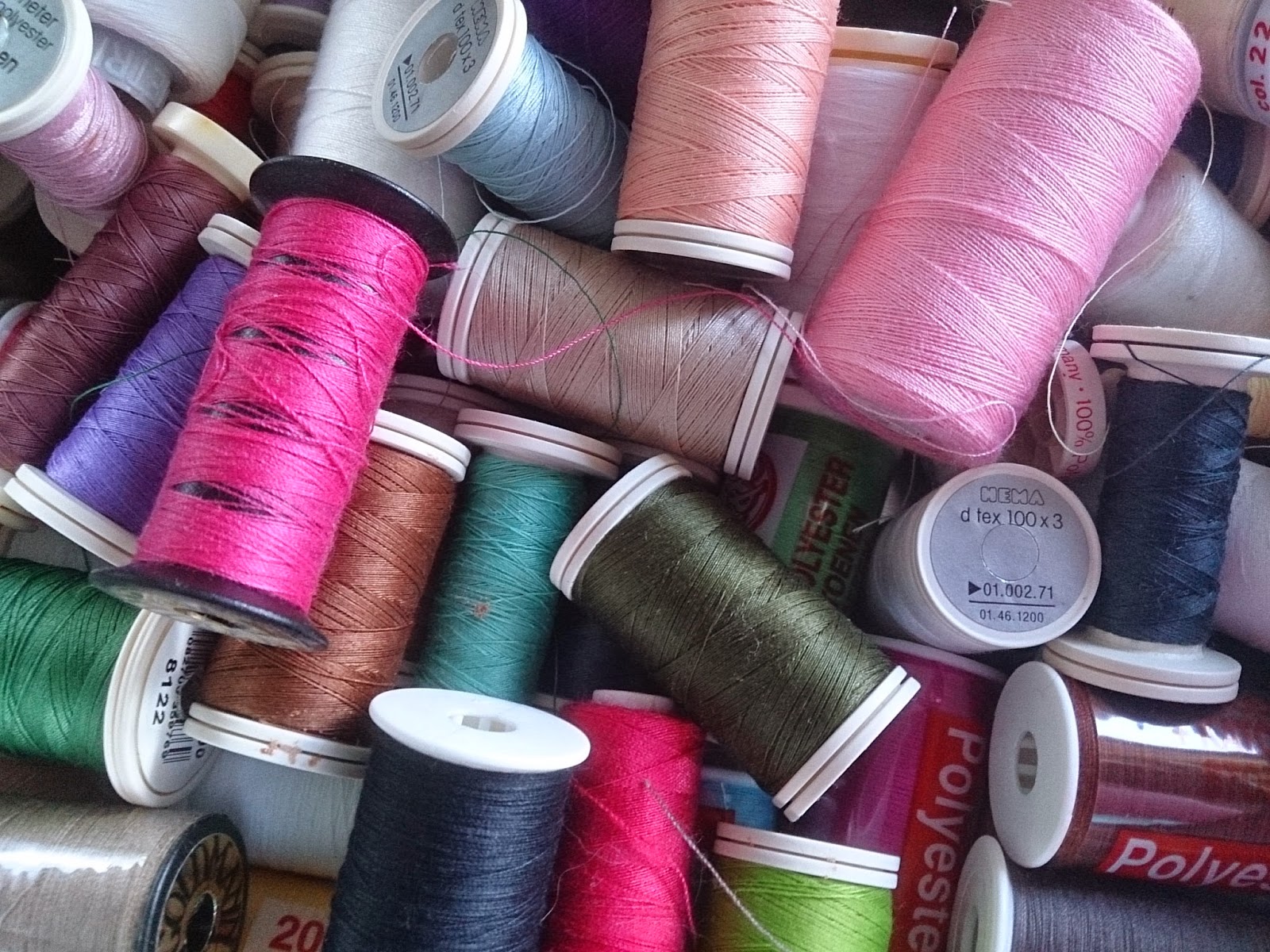 Of course there are still plenty of times when I have to keep myself in check. My perfectionism and obsessive nature do not die that easily, but it's okay. I know where my priorities lie, I just have to keep reminding myself of them and  not fall into the trap of having to prove something and being too result oriented. I have to remember that art and the other things I love for me are more like a practice than an ambition or a goal. These are the things that keep me sane and happy just by doing them. They are an objective in themselves.

So slowly but steadily I'm learning to deal with having more time. It's odd that this can be a challenge, as it seems such an easy thing on the surface, but there you have it. 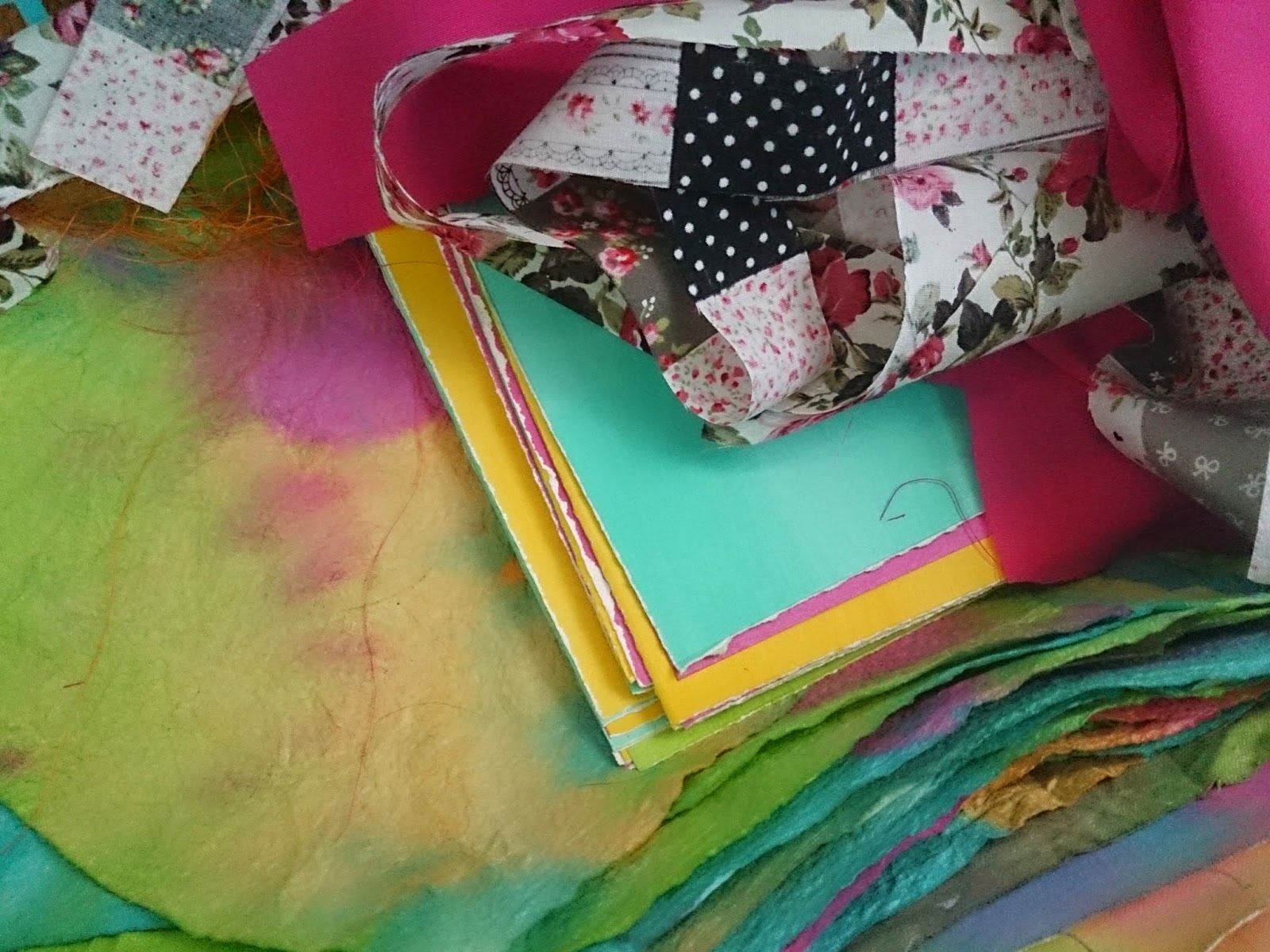 Of course I have to also say that these long weekends and short work weeks are absolutely wonderful. It feels so decadent to have all this time to myself. Despite the challenges it is an incredible luxury to have four days off each week. I cannot recommend it enough: if you have the wish and opportunity to do this and the costs are within reason (and really, you don't need that much), don't hold back. It's a change of life, it really is!