A year of Spooky

March 1st was the first anniversary of Spooky's stay at my house. I picked him up a year ago from the family he lived with at the time and he was so pleased by it that he hid behind the fridge for days. Later he hid in the shed in general. Then he hid under the couch. Then he sat a few meters away from me, and so very slowly but steadily he learned to trust me, mostly because he cared about food more than about his fear and I was the way to food. I pretty much bribed him into trusting me. ;-) 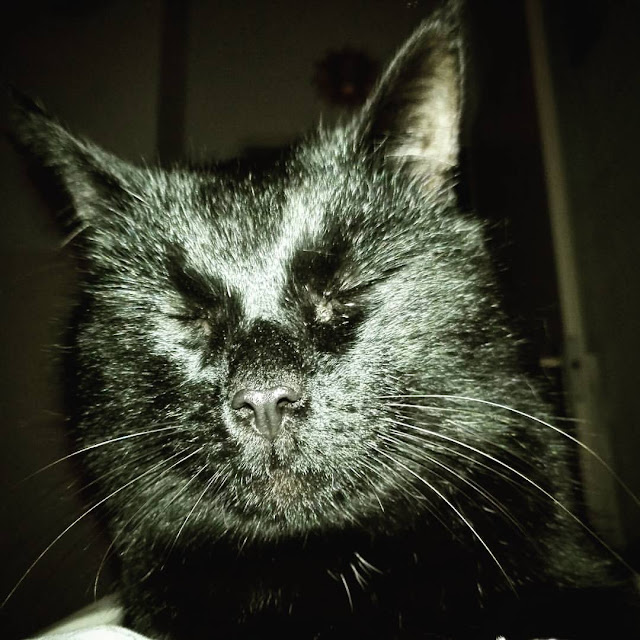 In a year I've gotten to know him pretty well and I am amazed at how he has developed and how he is developing still. The cat who was afraid of just about everything, didn't know how to play and went into hiding faster than the speed of light at the mere idea of a stranger walking in, is now a very lovable, affectionate, playful and happy creature. He is still cautious, but he also is growing his confidence and it's wonderful to see. As an example: when I went on vacation in October the cat sitter barely got to see him, but when I went on vacation last January he came to greet her every night when she brought food. 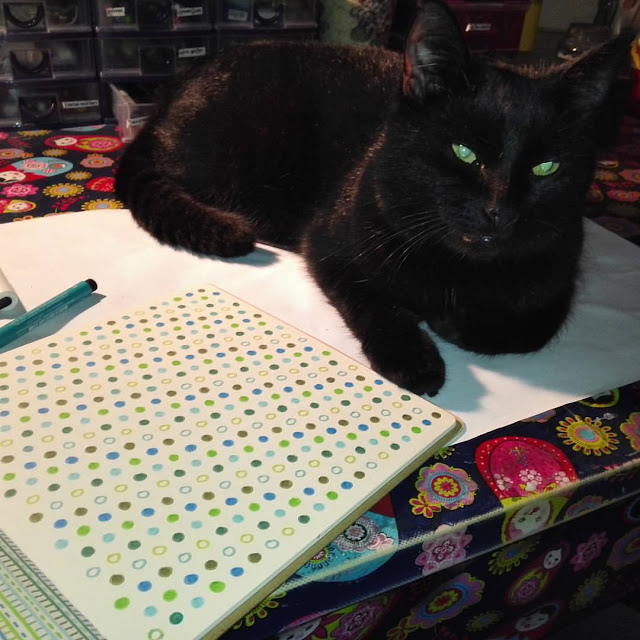 He is not a lap cat (although he does from time to time try it, haha), but he enjoys lying against me en he likes even better to lie on my feet when I have them up on the couch. He is also a master in rubbing my face with his, he could do that for hours if I let him, and it makes me melt every time.

He is also not the type of cat who sleeps on your bed every night, but he will come to greet me in the morning and if I don't get up right away he will join me and wait until I do. Sometimes if I've been away for a few days he will sleep on my bed all night, just to make sure I don't take off again, but after one or two nights that stops again. 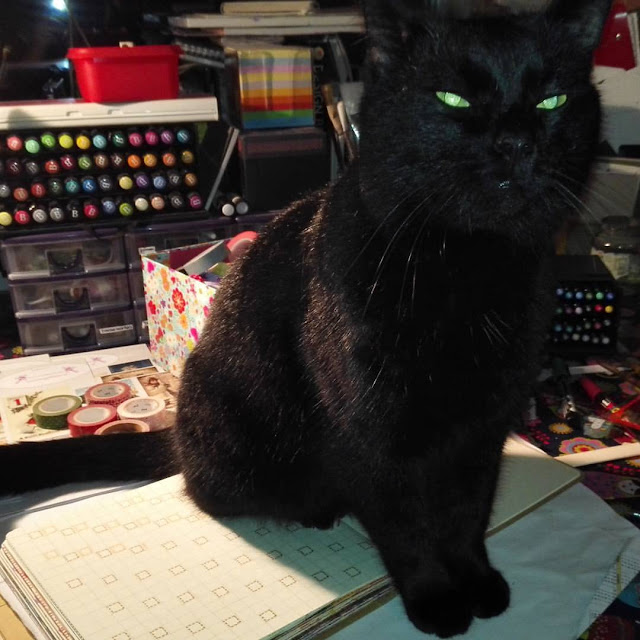 In the past year we've been through quite a lot together. First of all the whole getting to know each other thing which was very stressfull to be honest. It's not easy when the cat you want to give a loving home thinks you are the scariest thing ever and you don't know if it will ever change.

The first time I let him out of the house he disappeared for two days and left me heartsick with worry, but eventually he returned and that's when I knew we would be allright. 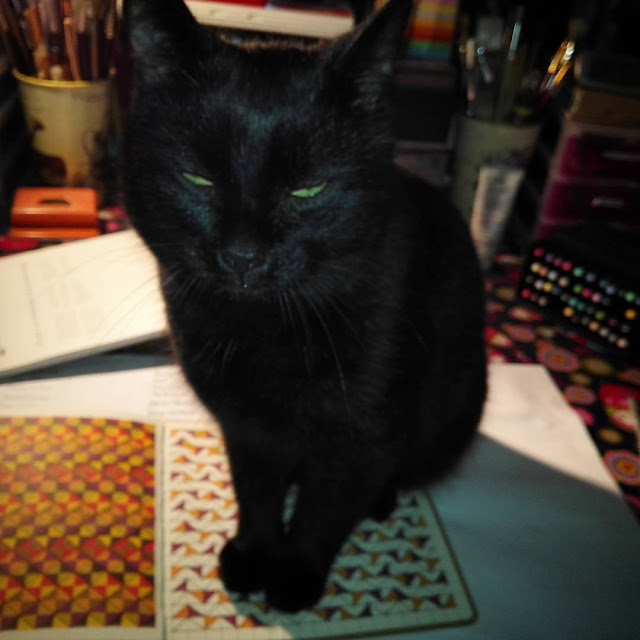 He also had to be neutered and chipped and vaccinated (all things his previous owners neglected to do) and that's how I found out how scared he is of traveling baskets and vets. I mean, I have yet to meet a cat who loves those things, but his fear is at a totally different level and I found it quite shocking. The only saving grace in all this is that he is not agressive at all, so even in his deepest fear you can handle him, but it's so heartbreaking to watch. 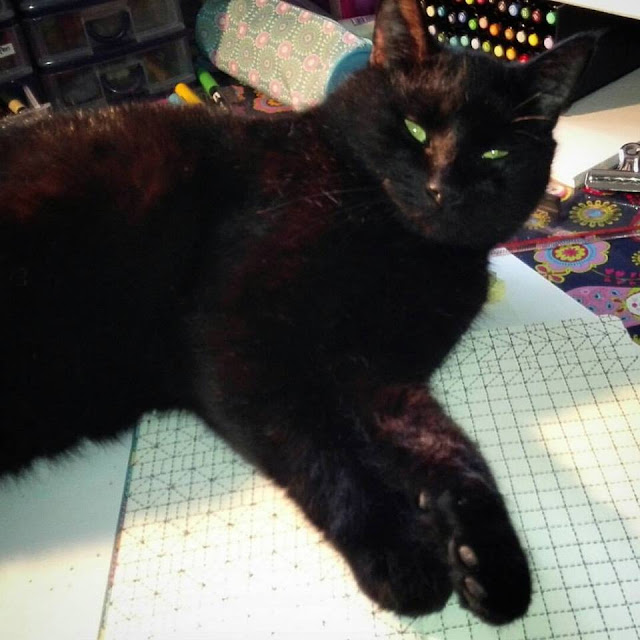 Unfortunately for him he had to see the vet several times this year. Not only for the neutering and vaccination, but later he had an ear infection, an abcess on his head and an injury on his eye. I even had to take him to the main land at the end of last year for the latter, because the local doctor thought he might need surgery. For that traumatic event he was given some valium, because otherwise he would just not have been able to cope with it (nor me!). Luckily he didn't need surgery after all, but it was an interesting adventure nevertheless. 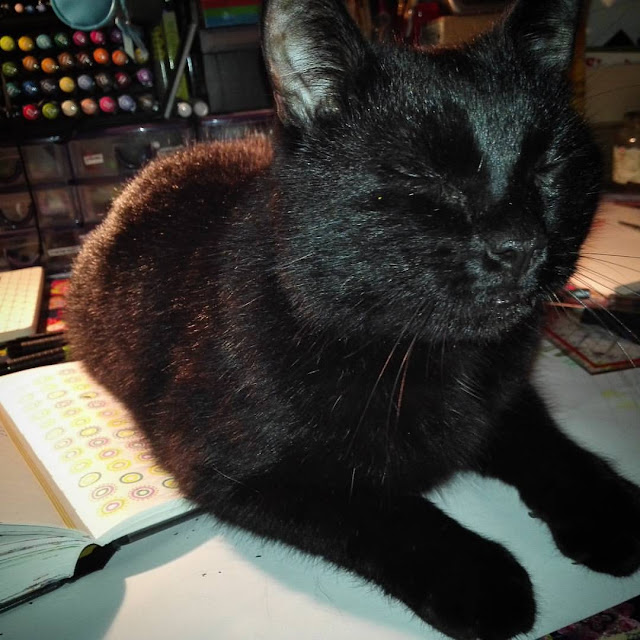 That he has all these infections and injuries stems from the fact that he loves going outside and is not exactly afraid to stake his claim on his territory. He's not an agressive cat (he has made several cat friends and it's lovely to see them interact), but he will not be intimidated either, which is interesting, since when it comes to people he is so cautious. Cat nails are nasty however, so a wound easily gets infected. However not letting him outside would be animal cruelty of the highest level with this one, so that is simply a risk we have to take and I'm sure I haven't seen the last of the infections. 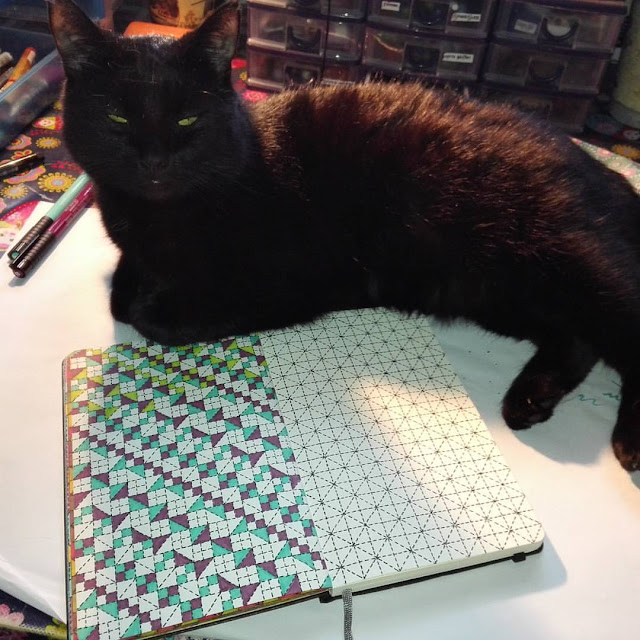 In the past year he has also grown into a semi studio assistant. Especially early in the morning or if I have been away from him too long he will find me in the studio and try to give his input on whatever I am working on. Sometimes this leaves wonderful catpaw stains on the work, but it is forgiven because he is never more affectionate than when I'm trying to do somehing that doesn't involve him. A true cat!

All in all I have no regrets about adopting him. The difficulties somehow just make him more special to me, he really got under my skin and I hope we still have many years before us where he can learn to be even more confident until he makes it to a ripe old age as a true zen master.  I just know he has it in him! ;-)

Wishing you all a wonderful and artsy day.