In my previous post I showed you some nature drawings from a not too big moleskine cahier and I complained a little about the flimsy paper in that notebook. I'm still not sure if I will work in that book again. It's better suited for regular written notetaking.

However, while I was working in that book during my walks I also started a new sketchbook to work in indoors. It's a rather big and rather beautiful one, so of course it's also rather intimidating, but I really wanted some good paper that would take a great variety of media without starting to work against me or just annoy me.

I chose the Fabriano Venezia Sketchbook. It looks like this: 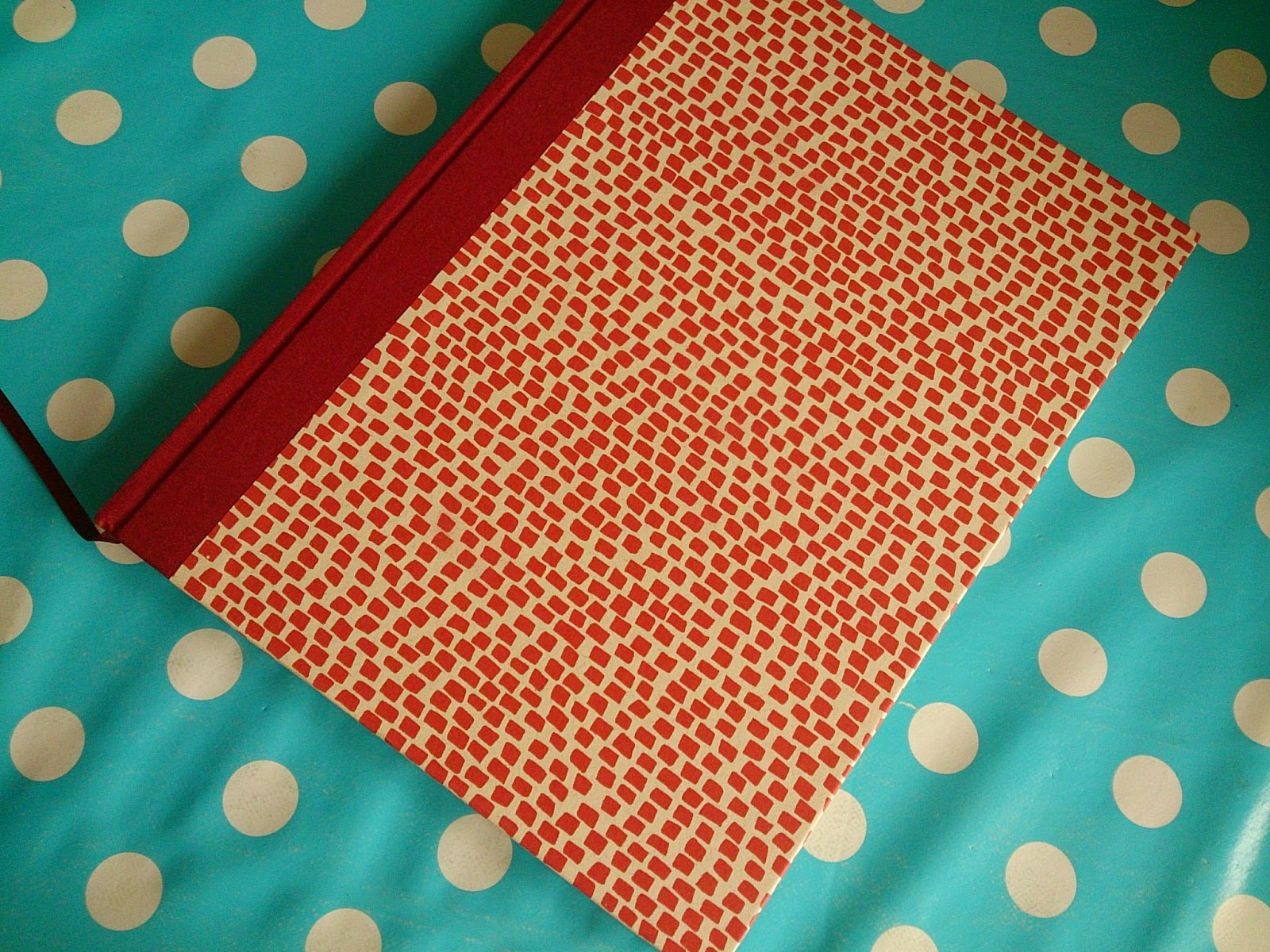 It measures  23x30 cm ( 9x12 inches), so this is a big boy. It comes with a cover like that and some people find it absolutely hideous, but I rather like it. But I mostly bought it for the wonderful thick white paper inside. I have used Fabriano artist's papers in different weights for years and I have already used a smaller Venezia book in the past, but the books are hard to come by here (I bought the one I had before in London) so I never really came across them again, but now I've found a German site that ships them over here, so I'm a happy camper.

Anyway, beautiful or ugly, good or bad, all new sketchbooks come with that dreaded first white page.
I decided to jump right in and do a title page: 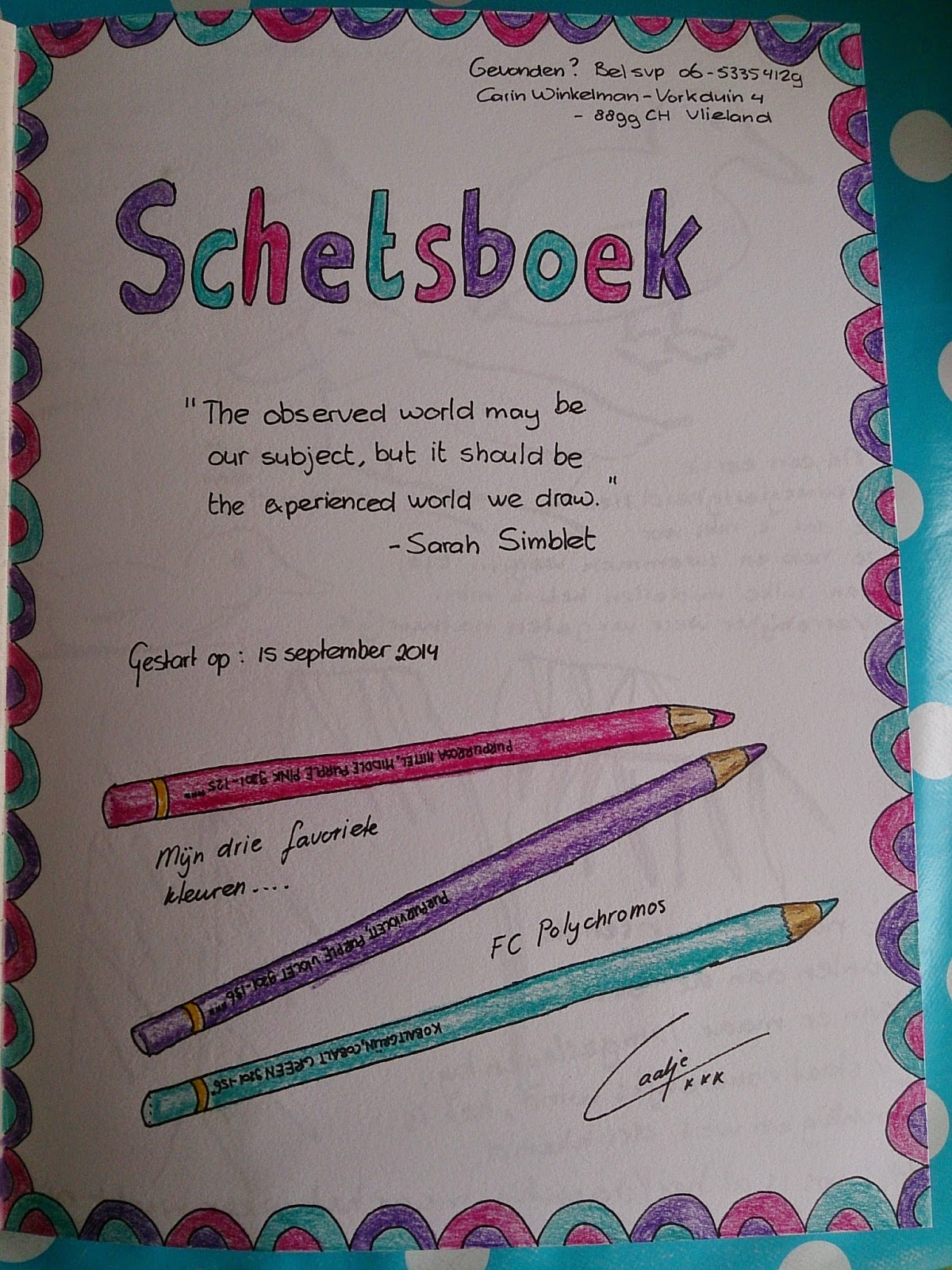 'Schetsboek' is just the Dutch word for sketchbook, which I'm sure you've guessed already, so no fancy name for this one. I just want a book for really practicing my drawing, not another journal.

I stole the quote from Sarah Simblet's lovely book Sketchbook for the Artist (or The Drawing Book as it's called in the original British version). 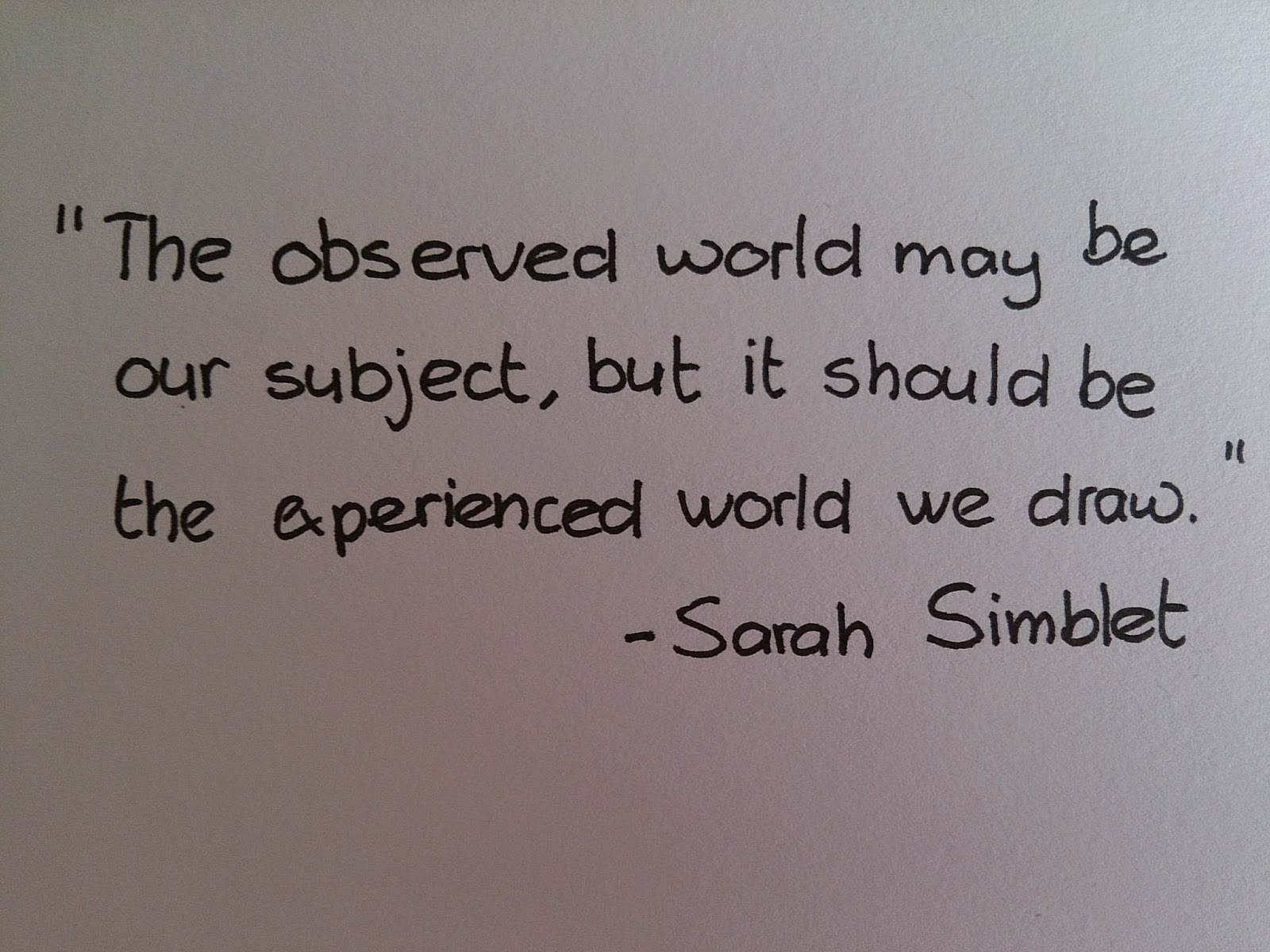 I think those words should make the perfect antidote against wanting drawings to be photorealistic. ;-)

After that first page was over with I decided to go to the back of the book and do some testing of the paper. My expectations were high and the book actually lived up to them. Yay! 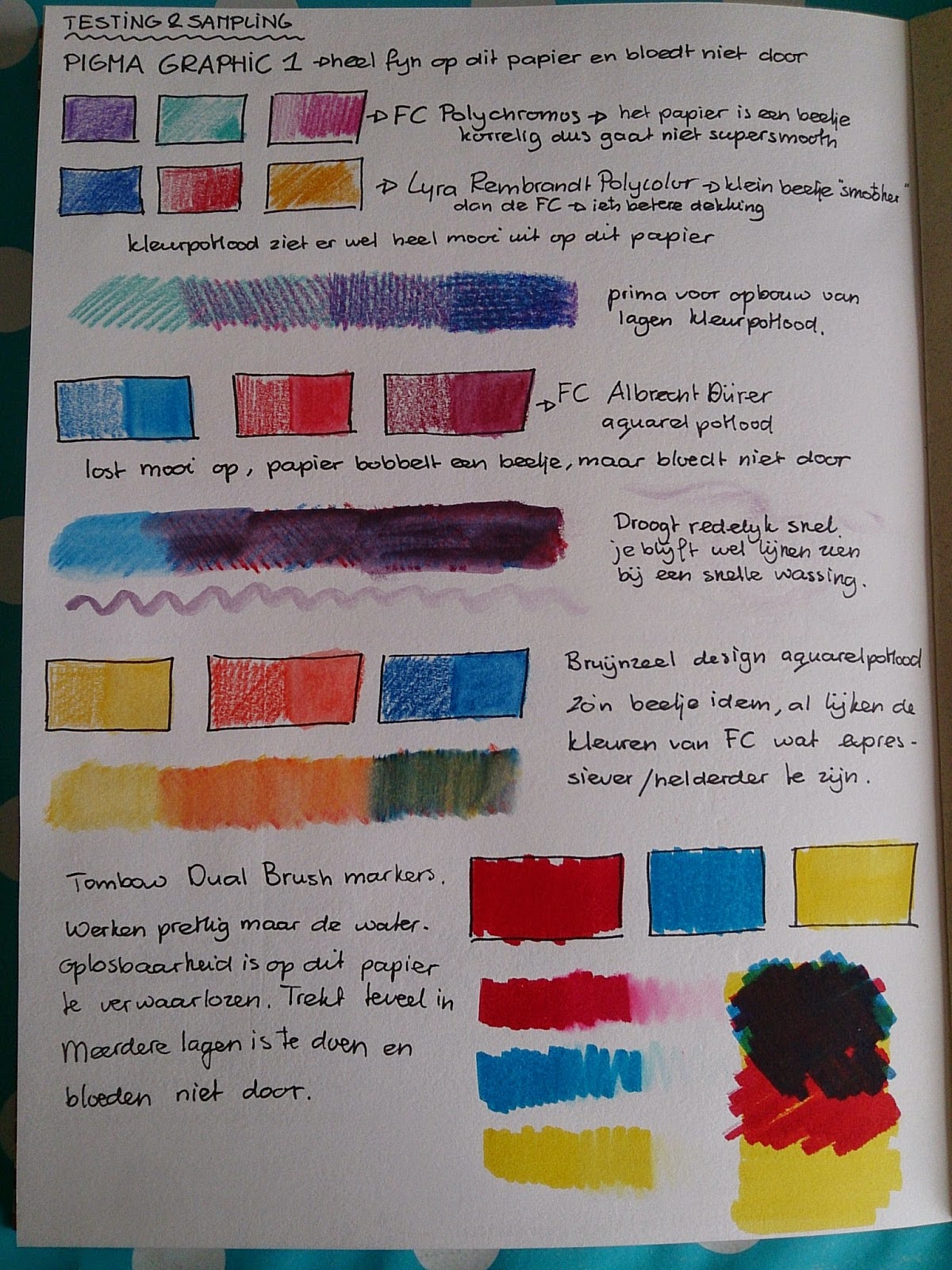 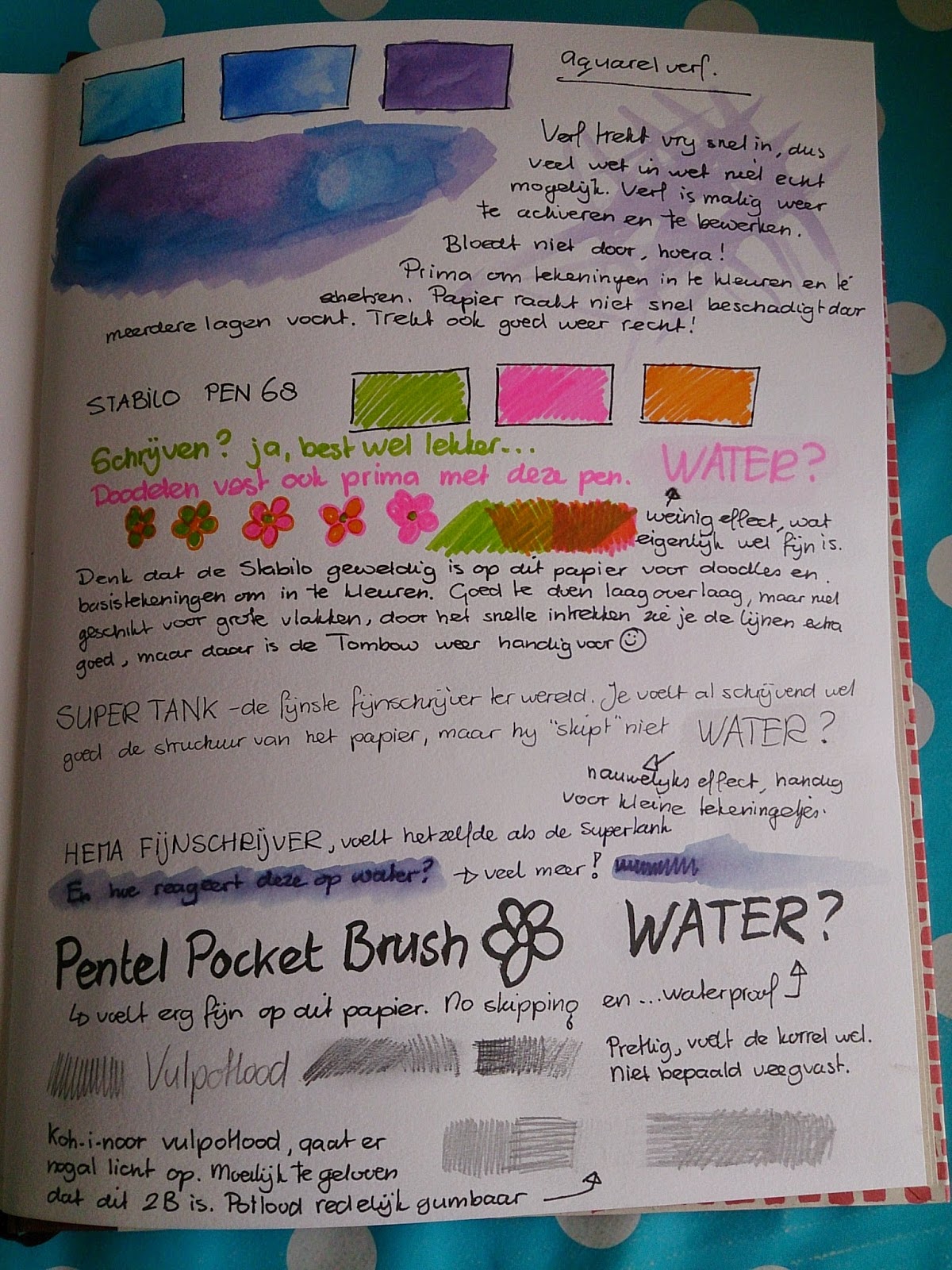 The book can take just about any media I throw at it. Is it perfect? No. But it is a good allround paper to have. If you are just a watercolour artist for instance you may want a more specialized paper, but for the rest of us jacks of many trades this is about as good as it gets.

After my first testing and playing I wondered if I could take this book with me on the road. I had not intended this, but my experiences with the moleskine kind of inspired it. It was worth a try. I thought its bulky size and weight would get in the way, but I was pleasantly surprised. As long as I'm sitting down (for standing up it's way too impractical) it's kind of like carrying your own table with you. Very sturdy!

The above mentioned book by Sarah Simblet had some of her very quick sketches of geese in it and that inspired me to go to a nearby pond and do the same with ducks. 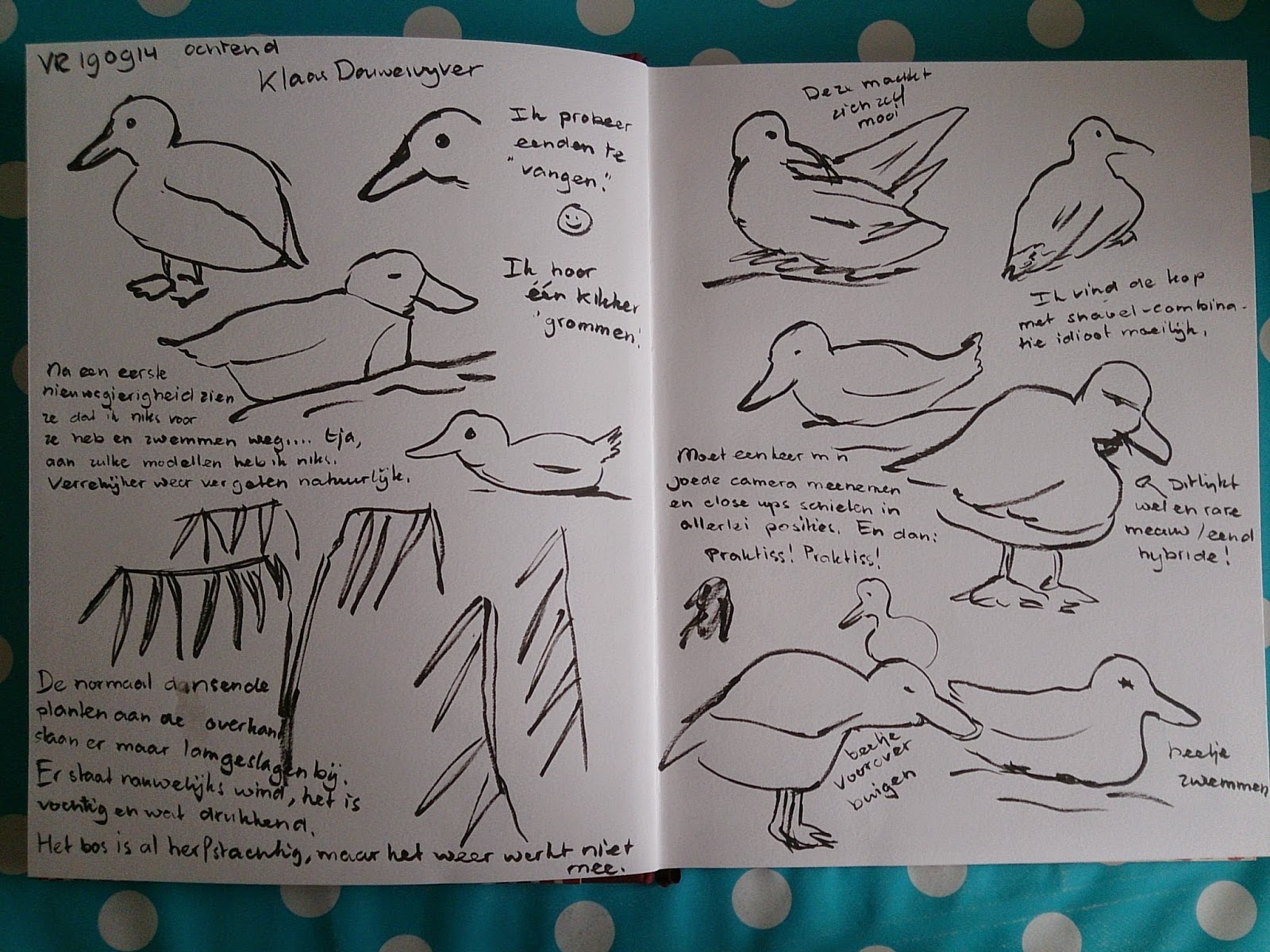 Um...wel...maybe not the same exactly. Her geese, even though they were just simple gesture drawings, actually looked like geese. I guess the best thing you can say for my ducks is that they look like...birds? But they do make me laugh. They are so quirky! And most importantly: I had such a good time drawing them.

Later I sat on a dam not far from the marina and I watched the sailboats coming in and out (a very meditative thing to do by the way, I recommend it). I was looking into the sun so all the boats were more like silhouettes and soon enough I couldn't resist drawing them: 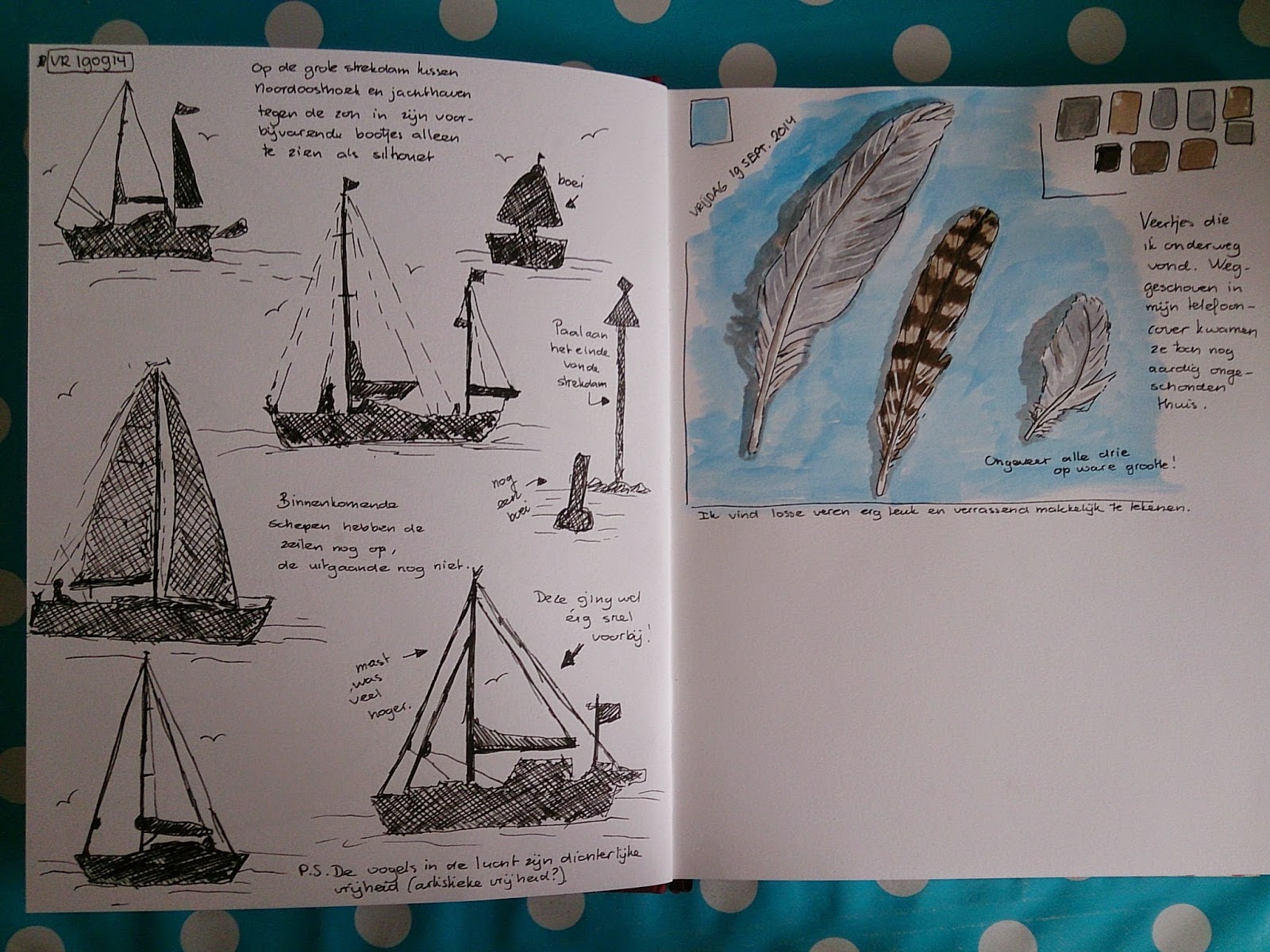 The feathers on the right were actually done later at home. Those three feathers I found during the same walk that I drew the boats. I really enjoy drawing and painting feathers, they're surprisingly easy to do. It's also the first real watercolour sketch in this book and I'm very pleased with it. 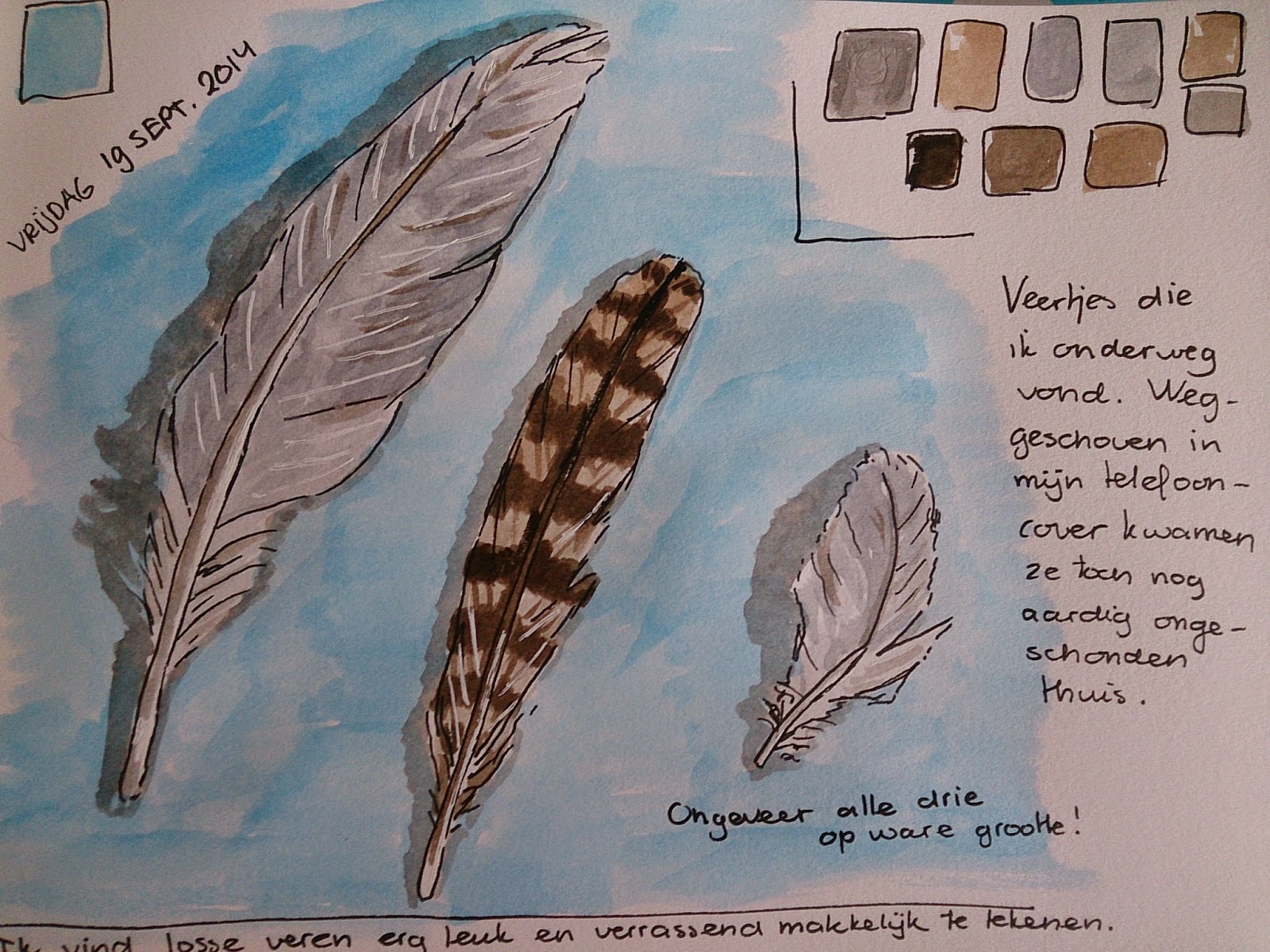 All in all I'm so happy I got this sketcbook and I think I will be carrying it with me on my walks more often even if it is a bit heavier that the moleskine cahier. The pleasure of working in it sure makes up for its weight.

Hope you're all doing something artsy too. Have a wonderful weekend!