The last of the Moleskine XL

In May of 2016 I bought a Moleskine XL softcover notebook with squared/grid pages in it. By then I had become fascinated with patterns and especially how to work them on grid paper. I worked on the book quite regularly. It was my steady companion when relaxing on the couch and listening to podcasts. It was never far out of reach.

The pages I filled in it often took a lot of time, so even though I worked in it a lot and even though I only worked on one side of each page (to prevent bleeding) it still took me over two years to finish it. But finish it I did!

Here are the last six patterns in the Moleskine XL Squared: 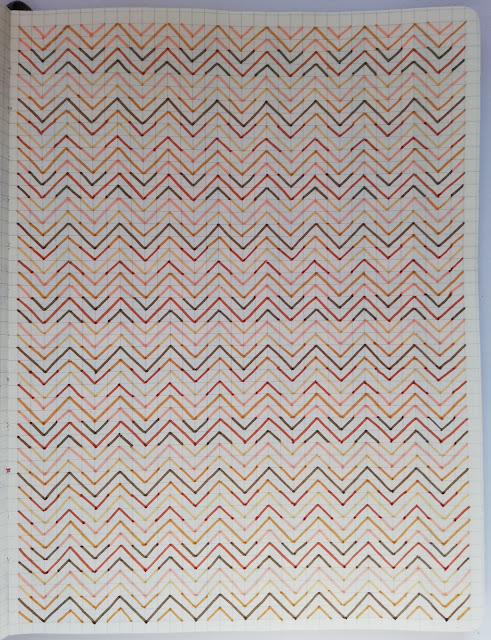 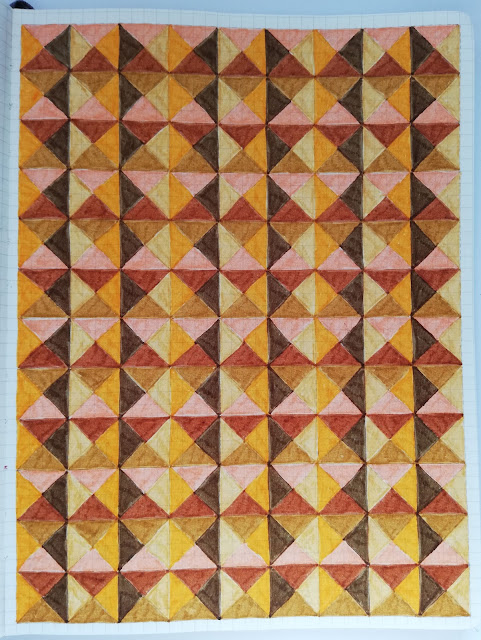 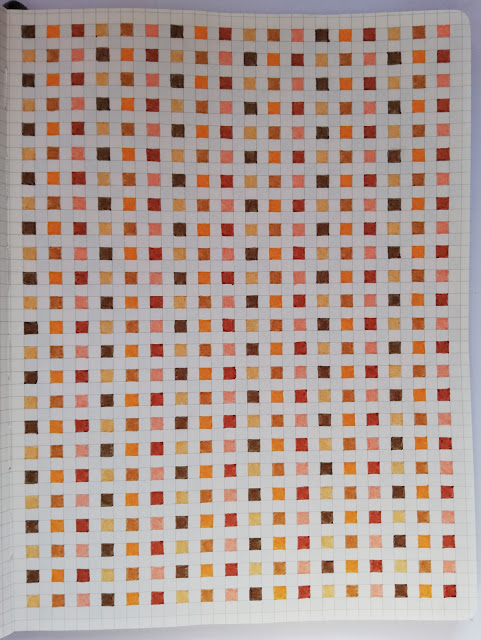 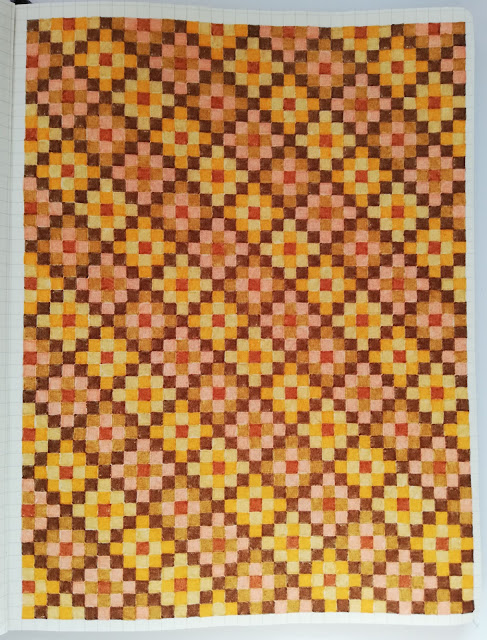 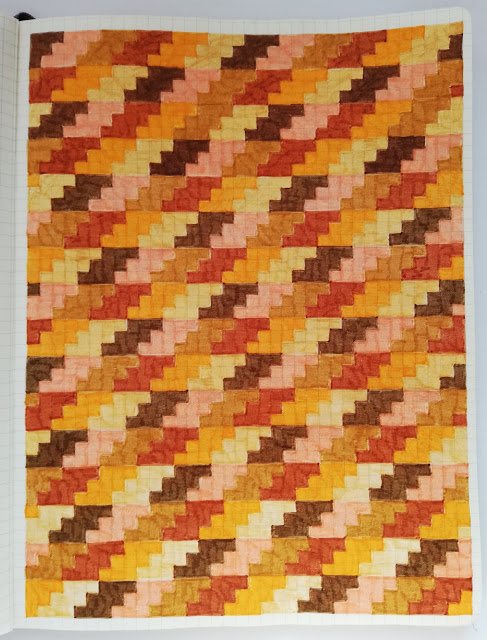 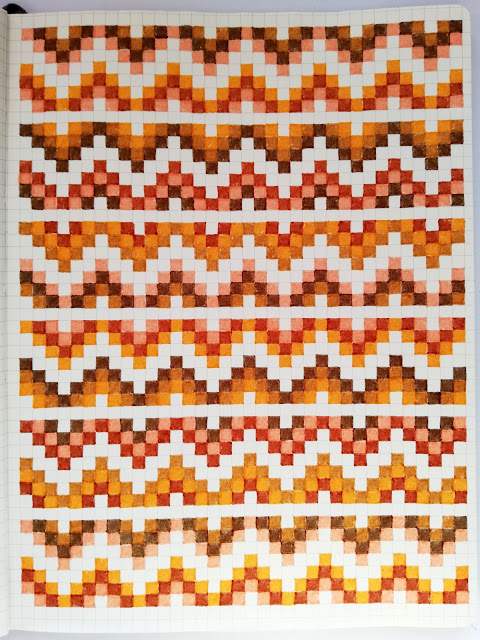 As you can see I chose to use the same colours in the last six pages, very much inspired by the fact that it's autumn. As always they were done in my trusted Stabilo 68 felt tip pens. In fact the entire book was done in those. I actually have had to replace several colours over time, that's always a good sign of liking an art supply.

When I finished the book I made a very bad little video of me quickly leafing through it. You can only see a fraction of the patterns coming by, but my intention was to show the wealth of a fully filled up sketchbook, so I hope you enjoy this peek anyway.


Now that this book is finished I have immediately purchased another book. It's also a Moleskine XL squared, but I opted for a cahier style book instead of a regular softcover. The idea is the same though: filling it up with grid patterns. I have already done the first few in there, but that is something for another post.

For now I wish you all a wonderful and artsy day.

P.S. For those who receive my posts by mail. You probably have to go to the blog itself to see the video. Blogger never  includes the actual video in their mail service. Sorry for the inconvenience.
Geplaatst door Carin Winkelman op November 27, 2018
Email ThisBlogThis!Share to TwitterShare to FacebookShare to Pinterest
Labels: drawing, grid drawings, patterns, sketchbook
Newer Post Older Post Home