It feels like centuries ago that I asked some of you if you wanted to receive snail mail from me at some point, and frankly...it almost is. I had not made any mail art in a very long time, but there were still people on the Snail Mail List that had not received a card, so it was high time to put an end to their suffering. It helps that I've been doing so much collage lately, I guess that finally put me in the mood.

Last weekend I sat down and made eight cards and here they are: 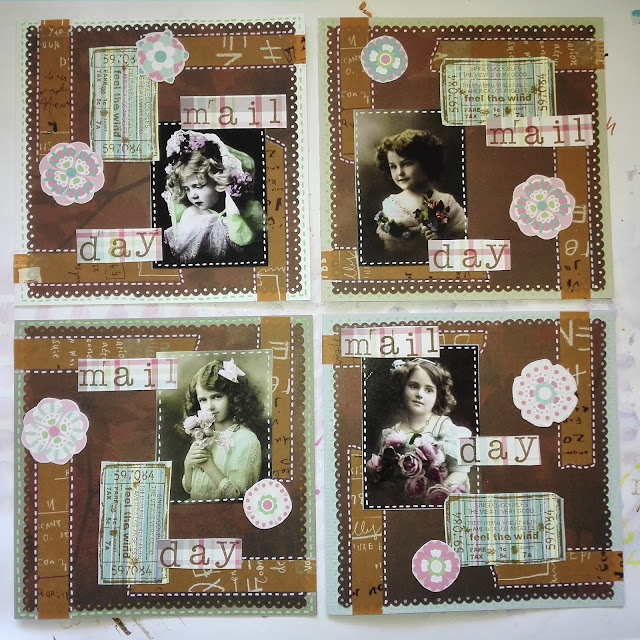 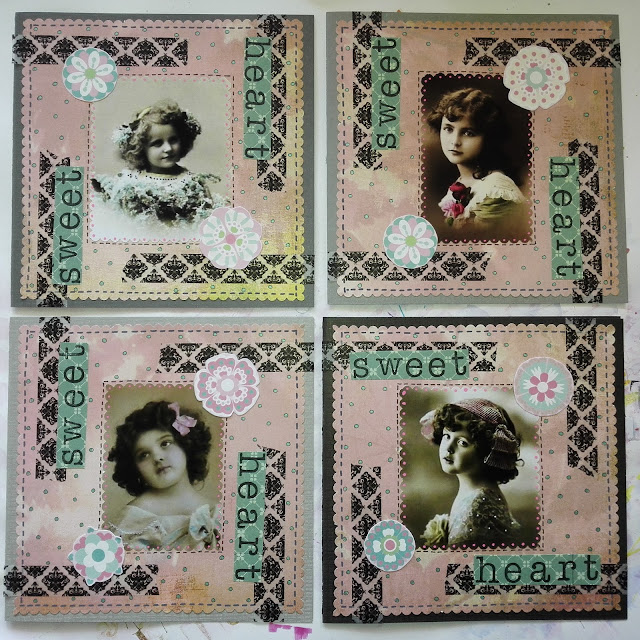 I enjoyed making groups of four cards in the same style, but not completely similar. It takes a little less time than making each card seperately, but still makes it so that everyone has a unique card. I don't like sending out copies.

The eight cards have been sent to their recipients (those abroad may not even have received them yet) and now everyone on my Snail Mail Listers has received something from me. When I start making a new batch I will just restart at the beginning of the list. By the way, the list has forty people on it, so I'm not taking on any new names, also because my productivity when it comes to mail art is obviously ridiculously low.

Hope you enjoyed a peek at these cards though and I wish you all a wonderful and artsy weekend!