Time goes too fast. For what seems like ages you look forward to something and then in the blink of an eye it's already history. Oh well, isn't that always the way it is? Sigh...

Last weekend it was time again for the annual Kreadoe fair in Utrecht. This is a huge arts and crafts supply fair where hundreds of companies and stores come together to sell their wares. The Kreadoe celebrated its 25th anniversary and since my sister and I have been consistently going since almost the beginning you can say we are veterans. ;-) It's a standing arrangement. We don't need to ask each other if we want to go this year. We always go and we always go on a Saturday. This means we already know when we will be going next year, haha.

Anyway, here's my little report of the day and my loot! At the end there's a little giveaway too, so keep your eyes open!

First of all let me apologize for the grainy quality of some of the pictures. My camera phone has no flash and it's a dark day, so it's hard to get nice and clear shots. But I think they're clear enough for you to tell what's on them. ;-)

Let me introduce you to my travel companions: 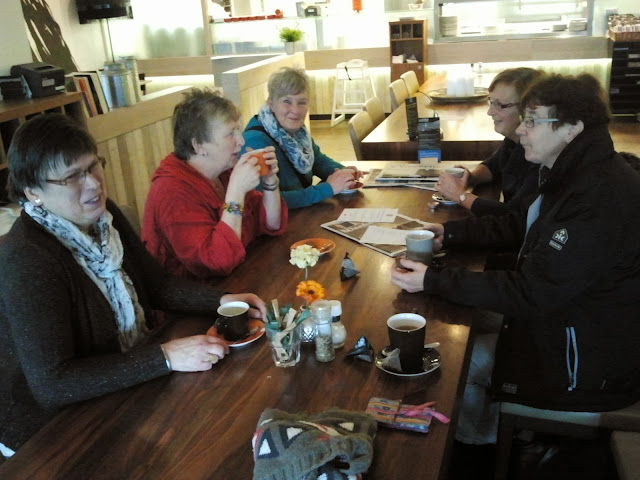 There were five of them. Almost all family. One sister, three cousins (sisters to each other) and one friend of a cousin. This and the train trip there was the only time we were all together. It's impossible to walk this fair with more than two people at once. It's just too busy and there's too much to see.
We got to Utrecht extra early so we had some time for coffee or tea before we got up the courage to walk into this: 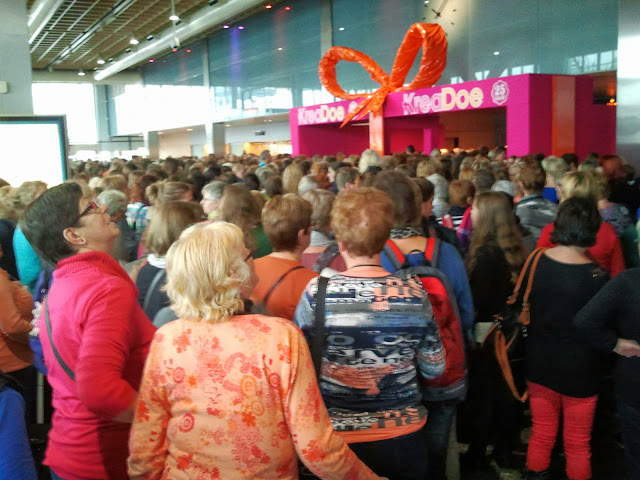 That's the entrance hall at opening time. Hundreds of women and a couple of  brave men ready to take on the fair. It's also the place where we pretty much lost track of our travel companions. We walked the fair in pairs of two. Sister was of course my companion.

I didn't take many pictures of the fair itself. It was just too crowded to really focus on that. But here's an impression of the halls and the people in them: 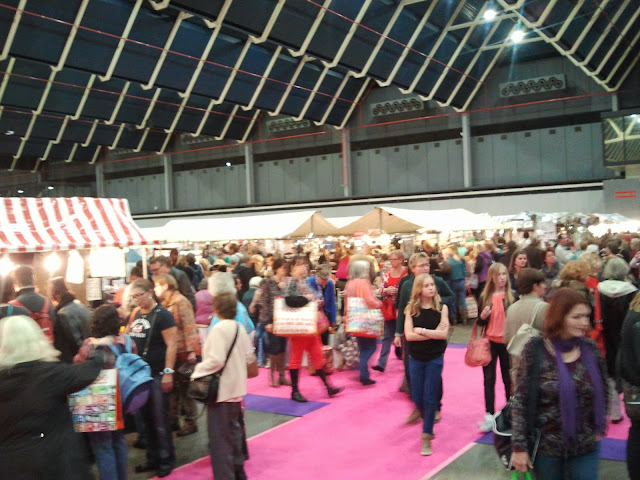 Just like previous years there were two big halls filled to the brim with supplies and materials. It's interesting to see what is in 'fashion' each year. This year there was a lot of emphasis on knitting and crochet. Don't get me wrong, there was plenty of other stuff and just about every crafting hobby is represented there, but you can always spot the current trends by the amount of stalls that are dedicated to them. We've had years when there was a lot of focus on card making, years when it was all about scrapbooking, times when natural decorations were in style and even a year when apparently beading was the thing.  Last year there was a lot of interest in cupcakes and cake decoration.

As always sister and I thought we would not be able to walk the entire fair within the hours given (we were there for seven hours straight), but as always we managed to finish the thing just within minutes of closing time. I  still don't know how we do it, but we always do.

So without further ado, let me show you my loot of the day!


Unlike other years I didn't get much decorative paper and not even one book. I saw plenty of nice things, but nothing I really wanted. And let's face it I have so much paper and so many books I could open a stall myself!

All in all I'm pretty pleased with all my goodies. They will now find a home in my studio or around my journaling table and be incorporated into my artsy stuff.

Now onto the giveaway. At one of the stalls I purchased four stencils and they gave me this gift with purchase which was a set of pretty stamps: 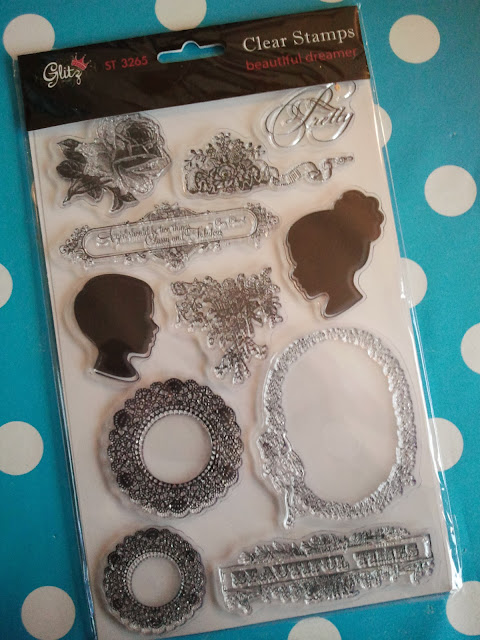 They're cute alright, but they are not anything that I would have bought myself, so instead of letting them collect dust in my stamp drawer I thought I would give them away on  my blog, so you all can get a little out of my Kreadoe loot as well. So if you like these stamps and would like to win them just leave a comment and coming Friday (8 November) I will pick a winner.

Hope you enjoy my little show and tell and hope I will make one of you happy with this stamp set!