International Fake Journal Month came to an end when April came to an end, but I've been working in MJ's 32nd Book a bit longer than that, because I did not feel ready to close it yet. This was mostly due to the fact that for a part of April I had so little time to work in it with the birthday goings on and family visits and all. I thought I would be working in it for the whole of May, but I decided against it.

First let me say the book is nowhere near full. I did not think it would be, there are 66 spreads in the journal and I worked on about half of them. But it's okay, this was never meant to be a complete book anyway and it was also never meant to be a book with only finished spreads. This means that some spreads are only worked on a little and some are all done. So shockingly this is a book I will leave unfinished!

The fake journal has however served it's purpose as an experiment and as a project and I couldn't be more pleased about that, so in this post I want to write a little about my experience with it and what it means to me. 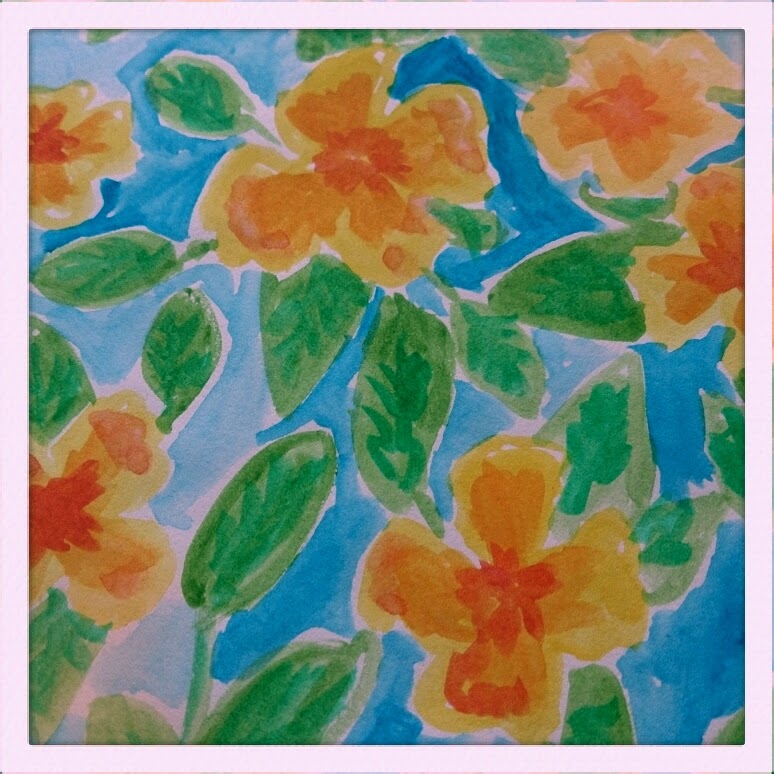 I had been wanting to participate in International Fake Journal Month for years, but never did. What seduced me this time to really jump in was that I was a bit bored with my own journaling process. This happens from time to time and I think it's normal for someone who has journaled through most of her life. I was wondering about my way of journaling and what it meant to me and mostly I wondered if there was a way to get to a more visual journal to replace my mostly written journal entries.

I have always written alot, but many years ago I read The Artist's Way and that introduced me to Morning Pages (if you don't know what they are I'm sure you can google it). This meant writing really became a daily habit with me and one that I liked to have mind you. Writing comes so easy to me that it almost became automatic and I no longer really questioned it's purpose.
Now however I started wondering what would happen if instead of writing most mornings I would do something visual instead like doodling or drawing or painting. You see, for so long I have wanted to have a journal that was more visual!

What I liked about this years IFJM is that the theme was 'No explanations' and that really spoke to me. I realized that I write often to explain everything (to whom?) and tell everything that goes on in my life. Sometimes this can be very freeing. Writing helps me think and work things out, that hasn't changed. But often I would just write what happened that day or where I went and who I talked to. I like my life, but do I really need to repeat it word for word on a page every day?

That's why for my IFJM character I chose someone who was not interested in reflection at all. MJ did not care to talk about everyday goings on, she just liked to draw and play with colour and patterns. You can read more about MJ in my introduction of her in this post. 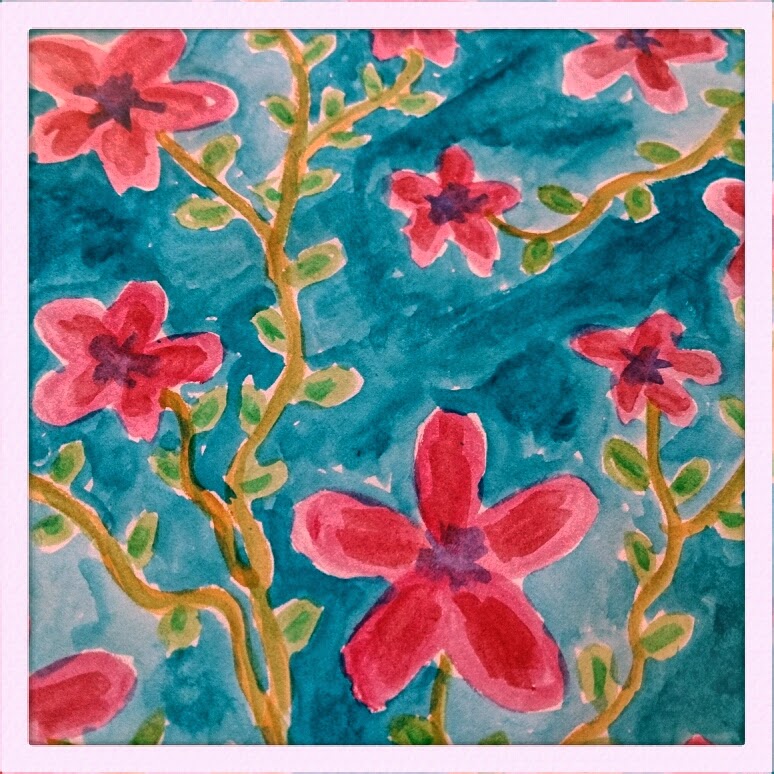 MJ was a picture of what I would like to be more of. She's very close to me in character, but also has some traits that I would like to develop, especially when it comes to her approach to art. I like her no nonsense way of working at things without overthinking everything over and over again. I have a tendency to write and think about stuff instead of just doing them. It's not that I don't do them, it's just that I waste a lot of time that way. It's a form of postponing things. 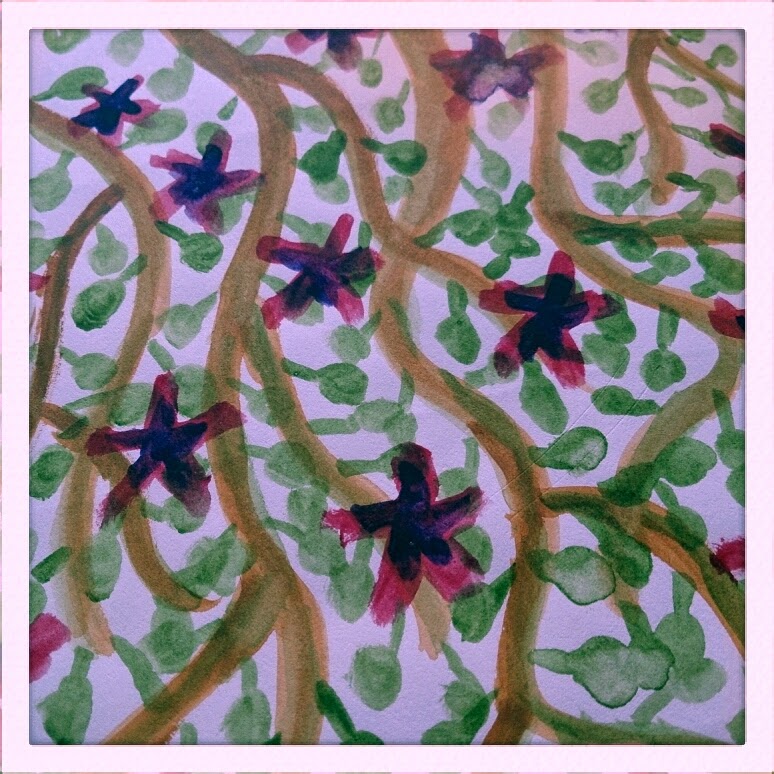 Anyway, here are my conclusions after about six weeks of fake journaling: 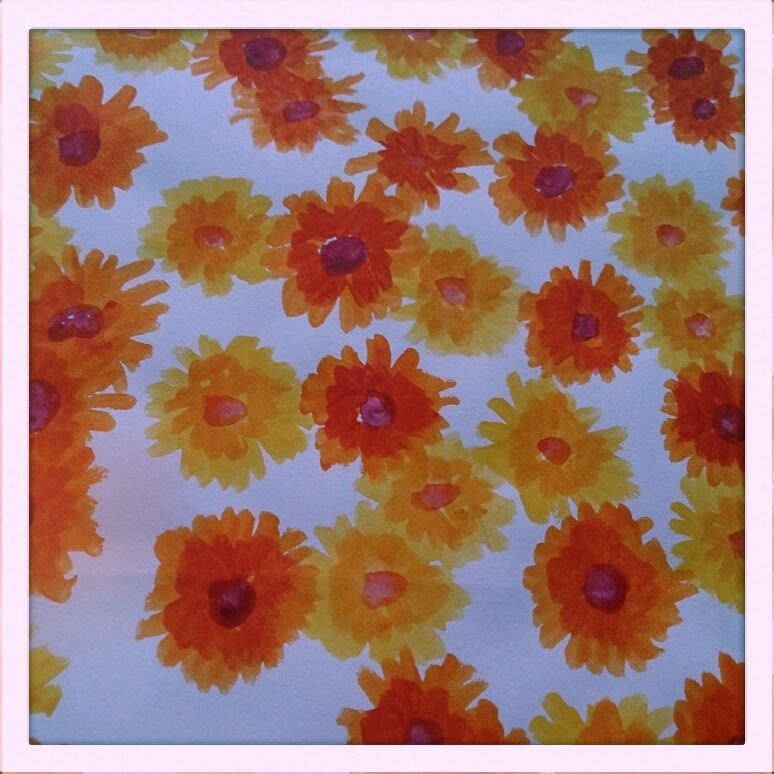 All in all it was a very educational and worth while experience. It really freed my mind and opened me up to new possibilities. I have decided that this way of journaling is definitely something I want to explore further, but then in a real journal with the added luxury of photography and maybe some writing now and then when I really need it.

I think I am making a shift in thinking. My journals so far have been a reflection mostly of the goings on in my life, everyday occurences and stuff like that, sometimes mixed with visual elements like beautiful lay outs. I really enjoy that too and I cannot say I will not return to that eventually.
But I think  right now I want my journals to be more a reflection of process and of myself as an artistic person. I think I'm making the shift to actual art journaling (whatever that means). I think 'No explanations' should be my journal mantra for a while, haha. I figure that if I need to explain anything this blog will be a perfect medium for it. Kind of like I'm doing right now, see?

I want to thank you all for being with  me on this fake journal journey. I had a blast. I will of course show you the cover when it's done (I hope to finish it this weekend, but not making any promises). And I will be picking out my next journal and introduce it to you as soon as I can.

The fake journal is over, let the real one commence!

PS The pictures in this post are details of flower pattern paintings I did for the fake journal. I'm obsessed with them right now.