I have been working really hard lately on a series of four pieces in which I wanted to put my little houses to the canvas. As you may remember I started them in my journal just as simple drawings in pen and feltip pen and then I tried out one picture in mixed media, but on paper. When that turned out right I figured it was time to go for the 'real thing' and put them on canvas. So over the past two weeks I spent many an hour putting the following four pieces together: 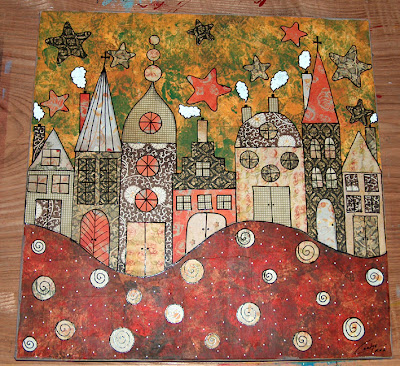 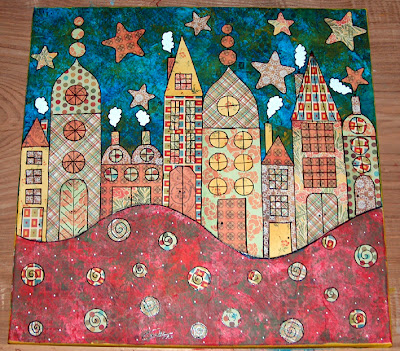 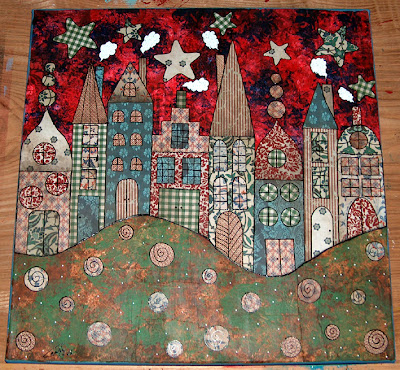 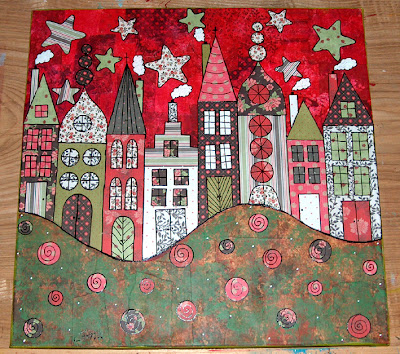 I am very pleased with how they turned out even if they did cost me two glaze pens! No matter what other people tell you, Sakura's glaze pens (and I love those pens!) don't last long if you really use them, they were empty in no time. ;-) The paper I used is actually the really cheap paper that I showed on my shopping spree post not so long ago. This just goes to show that expensive isn't always better.

I intend to do a little tutorial on how I did these canvases in one of my next posts. They take some time, but they are really easy to make, so maybe somebody else might like making them too. I would love to see other people try them. They are such fun!

It was again cool to work on several pieces at once, but also frustrating, because there was so little to show in the meantime. Maybe that's why I needed a little break from them to make the postcards for iHanna's swap.